Country superstar Luke Bryan has responded to the backlash for bringing Florida Gov. Ron DeSantis on stage during a concert in Jacksonville on October 28.

Naturally, people who oppose Gov. DeSantis flew into a social media rage over the appearance.

Hey @lukebryan most people are good but #RonDeSantis is not one of them. I’m incredibly disappointed in you and will no longer support your music or @AmericanIdol as long as you’re on it. Ron Desantis is a hateful bigot. Shame on you Luke Bryan, shame on you. https://t.co/rgOfgxT7FC

Can you imagine being so supportive of homophobia, transphobia, control of women, abuse of immigrants, and suppression of voters that you use your privilege and platform to bring Ron DeSantis out on stage like some damn hero?@lukebryan can.

Bryan responded to the mob by saying that the decision to bring the governor on stage wasn’t political, but an effort to help raise money for people impacted by Hurricane Ian.

Thanks for letting me crash the party last night, @lukebryan! pic.twitter.com/GCuTELFOM9

“I typically don’t respond to stuff when I’m getting run down on a social platform but here’s the deal,” Bryan began. “I understand Governor Desantis is a very polarizing figure. But I grew up in a country where if a governor ask you if they can come and raise awareness to help victims of a natural disaster you help.”

Bryan continued, “I’ve generally stayed out of politics throughout my career. I knew people would chatter about this but for me the more important piece was If I am going to come back there a few weeks after a large portion of people have been affected by a natural disaster in a state where people have been good to me this felt right. Raise awareness, have a little fun between the GA and FL college fans before the game and do what I love on stage.”

The singer also used his statement to urge people to text “disaster” to 20222 to donate to the Florida Disaster Fund.

This is so disappointing & unnecessary. Who told @lukebryan to issue this statement… “DeSantis is a very polarising figure”? The dude who is about to win with a massive margin & who the audience went mad for? Why do celebs feel the need to appease a few deranged activists. https://t.co/XCY9uHmKN1 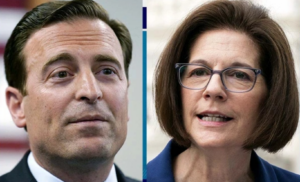