Over 200 National Guard members were deployed to Western New York

New York Governor Kathy Hochul declared a State of Emergency as the state works to recover from extreme winter weather.

At least 28 people have died in Hochul’s home city Buffalo. State officials have said the death toll could continue to rise through the end of the year.

The blizzard left thousands without power over the holiday weekend.

“The storm is weakening, but we are not out of the woods yet,” the governor tweeted on Dec. 26. “Do not take a chance. Stay home, stay off the roads, and stay safe.”

A travel ban was in effect over the Christmas weekend in multiple counties as roads were cleared following significant snow accumulation caused by the blizzard.

Hochul told the press on Dec. 24 that there was not “one place in the state of New York” where the temperature as felt by the human body “was above zero.” The state government is particularly concerned about elderly residents who may be in their homes without heat.

“Every part of New York is suffering the effects of this arctic chill,” Hochul said. She also noted that emergency vehicles including firetrucks and ambulances were getting stuck in the snow – further inhibiting recovery efforts.

As of Dec. 27, Genesee, Erie, Lackawanna and Niagara Counties had moved to travel advisories and have asked residents not to make any unnecessary trips. The municipality of Buffalo is still under a travel ban.

More than 200 New York National Guard members were deployed to Western New York to assist first responders and emergency services with recovery efforts on Dec. 25, including delivering food to shelters and carrying out wellness checks.

New York residents were encouraged to stay inside as the freezing temperatures were considered life-threatening.

“If you must go outside, wear appropriate clothing, monitor for signs of hypothermia or frostbite, and take breaks,” Hochul advised on Twitter.

Buffalo Mayor Byron Brown told reporters that city police have arrested several people who were caught looting during the blizzard.

“They’re not looting foods and medicines. They’re just looting items that they want. So these aren’t even people in distress. These are people that are taking advantage of a natural disaster,” Brown said, per CBS News.

President Joe Biden approved an emergency declaration for New York, authorizing the Department of Homeland Security’s Federal Emergency Management Agency to take over the coordination of all recovery efforts.

“Specifically, FEMA is authorized to identify, mobilize, and provide at its discretion, equipment and resources necessary to alleviate the impacts of the emergency. Emergency protective measures (Category B), including direct Federal assistance, under the Public Assistance program will be provided at 75 percent Federal funding,” per a White House press release.

Biden also called Hochul on Dec. 26 to share “that his and the First Lady’s prayers are with the people of New York and all those who lost loved ones” and to express “his gratitude to the Governor for her leadership and to the National Guard, law enforcement, and first responders for their tireless work.” 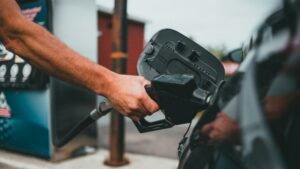