New York Court Rules Happy the Elephant is Not a Person

A bid from an animal rights group to have an elephant legally declared a human has been blocked by a New York court.

At the center of the case is Happy, an Asian elephant who has lived at the Bronx Zoo for the last 50 years.

The New York Court of appeals found that Happy is “a nonhuman animal who is not a ‘person’ subjected to illegal detention.”

The Nonhuman Rights Project filed a legal complaint arguing Happy should be protected under habeas corpus, which protects from illegal detention. The group contended that Happy was being kept in unsafe conditions at the zoo and would be moved to another elephant sanctuary in the country.

The plaintiff argued Happy is considered to have exhibited human-like qualities after demonstrating signs of self-awareness. In 2005, researchers found that she would tap a white ‘X’ while looking at her reflection in a mirror.

The Wildlife Conservation Society, which runs the Bronx Zoo, had countered that Happy was not illegally detained, was well cared for and would be subject to distress if removed from the home she has occupied for decades. The organization also argued that the N.R.P. was using Happy to advance its own ideological agenda.

“Because the writ of habeas corpus is intended to protect the liberty right of human beings to be free of unlawful confinement, it has no applicability to Happy, a nonhuman animal who is not a ‘person’ subjected to illegal detention,” writes Chief Judge Janet DiFiore in the decision.

DiFiore added that “no one disputes that elephants are intelligent beings deserving of proper care and compassion.”

“The selective capacity for autonomy, intelligence, and emotion of a particular nonhuman animal species is not a determinative factor in whether the writ is available as such factors are not what makes a person detained qualified to seek the writ,” DiFore added. “Rather, the great writ protects the right to liberty of humans because they are humans with certain fundamental liberty rights recognized by law.”

The court affirmed a lower court’s decision following a 5-2 vote.

The two dissenting votes, Rowan Wilson and Jenny Rivera, said that elephants should have legal rights even though she is an animal.

Rivera wrote that Happy’s habitat at the zoo is “an environment that is unnatural to her and that does not allow her to live her life.”

“Her captivity is inherently unjust and inhumane. It is an affront to a civilized society, and every day she remains a captive — a spectacle for humans — we, too, are diminished,” she wrote. 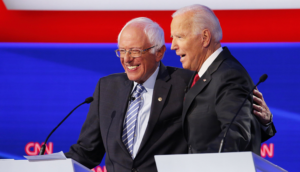