Is an Elephant a Human? New York Supreme Court Asked to Decide

An animal rights group is seeking to have Happy, a 45-year-old Asian Elephant, moved from the zoo where she has lived for nearly half a century

An animal rights group is asking the highest court in New York to affirm that an elephant is entitled to basic human rights.

The elephant at the center of the case is a female Asian elephant named Happy who has lived at the Bronx Zoo for 45 years.

The Nonhuman Rights Project is legally challenging the elephant’s status as a “thing” in an effort to “free” her from the “one-acre prison” where she currently lives next to the zoo’s other elephant, Patty.

The organization says that nonhumans like the elephant have the right to their own fundamental self-interest, such as their individual liberties, and that New York’s anti-cruelty laws do not go far enough to recognize their rights.

A group of 27 law professors filed a brief with the New York Court of Appeals in March supporting NRP’s claims. The attorneys say Happy and some nonhuman animals should be included “in the community of legal rights-holders who are entitled to justice” and overturn a previous state ruling that “[links] legal personhood with the imposition of legal duties.”

NRP has pointed out that in 2005 Happy was the first elephant to pass a “self-awareness indicator test, repeatedly touching a white ‘X’ on her forehead as she looked into a large mirror,” per ABC 7 NY.

The organization wants to have Happy moved to The Elephant Sanctuary in Tennessee.

According to an attorney for the Bronx Zoo, Happy has the space to engage in natural elephant behaviors, including foraging and swimming.

The zoo’s legal team has accused the animal rights organization of misusing the writ of habeas corpus and acting out of malice toward the zoo rather than out of concern for Happy:

“The blatant exploitation of Happy the elephant by NRP to advance their coordinated agenda shows no concern for the individual animal and reveals the fact they are willing to sacrifice Happy’s health and psychological well-being to set precedent. They are not ‘freeing’ Happy as they purport, but arbitrarily demanding that she be uprooted from her home and transferred to another facility where they would prefer to see her live. This demand is based on a philosophy and does not consider her behavior, history, personality, age and special needs.”

The legal team refuted a number of the NRP’s claims, including that Happy is kept in isolation and that she is languishing.

“Happy is well cared for by professionals with decades of experience and with whom she is strongly bonded,” the statement reads.

The attorneys added that the organization has been trying to “shop for a friendly court” after the argument was repeatedly rejected and that the “NRP’s repeated use of the legal system is wasteful and self-serving.”

The New York Farm Bureau and the National Association for Biomedical Research both filed briefs with the court in support of the zoo, noting the possible loss of research opportunities and that the concept of personhood could be applied to cows, pigs, and chickens.

The court heard arguments from both sides on May 17 and is expected to release its decision in the next four to six weeks.

Happy was born in the wild and moved to the Bronx Zoo in 1977 at the age of one with another elephant named Grumpy. Grumpy died in 2005 following a confrontation with other elephants. 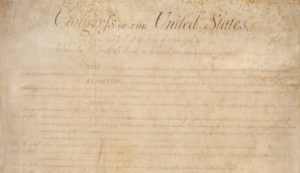