Infection from the Omicron variant of SARS-CoV-2 greatly enhances immunity to the Delta variant, according to a new study that is available in preprint.

The study explains that “Omicron has been shown to be highly transmissible and have extensive evasion of neutralizing antibody immunity elicited by vaccination and previous SARS-CoV-2 infection.”

Using both vaccinated and unvaccinated individuals who were infected with the Omicron variant in South Africa, researchers measured “their ability to neutralize both Omicron and Delta virus at enrollment versus a median of 14 days after enrollment.”

“Neutralization of Omicron increased 14-fold over this time, showing a developing antibody response to the variant,” the study found. “Importantly, there was an enhancement of Delta virus neutralization, which increased 4.4-fold. The increase in Delta variant neutralization in individuals infected with Omicron may result in decreased ability of Delta to re-infect those individuals.”

The researchers explained that their results support the idea that the Omicron variant will displace the Delta variant.

According to the study, if data suggesting the Omicron variant is less severe than the Delta variant is correct, then “the incidence of Covid-19 severe disease would be reduced and the infection may shift to become less disruptive to individuals and society.”

However, Omicron’s prevalence appears to be overtaking Delta’s more slowly than originally thought.

Meanwhile, from Dec. 18 to Dec. 25, the prevalence of Delta dropped from 77% down to 41.1%, suggesting that Omicron is still quickly displacing Delta.

According to researchers at the Institute for Health Metrics and Evaluation at the University of Washington’s School of Medicine (IHME), the United States may see about 140 million new infections from Jan. 1 to Mar. 1, 2022, as a result of Omicron.

“We are expecting an enormous surge in infections … an enormous spread of omicron,” IHME director Dr. Chris Murray said Wednesday, according to USA Today. “Total infections in the U.S. we forecast are going from about 40% of the U.S. having been infected so far, to having in the next 2 to 3 months, 60% of the U.S. getting infected with omicron.”

Murray estimates that over 90% of people infected with Omicron will never show symptoms, far more than the 40% of cases from previous variants that were asymptomatic.

Additionally, recent data from Scotland, South Africa, and the U.K. show that the Omicron variant is much less severe than previous variants of the virus.

A University of Edinburgh study used the health records of 5.4 million people in Scotland and found that the risk of hospitalization from COVID-19 was about two-thirds less with Omicron than with Delta.

A different study by researchers at South Africa’s National Institute for Communicable Diseases also found that people infected with Omicron were 70% to 80% less likely to need hospitalization than those infected with earlier variants.

A new report from the U.K. had similar findings to the Scotland and South Africa studies, but warned that there “are insufficient severe cases of Omicron as yet to analyze vaccine effectiveness against hospitalization, but this is expected to be better sustained, for both primary and booster doses.” 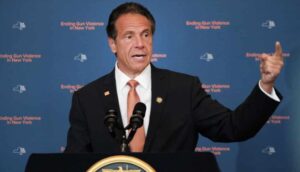