The woman claims Cuomo grabbed her on multiple occasions while she was assigned to protect the Democrat during speaking events.

“And while he’s walking and we’re in motion, while he’s walking into the door, he takes his left hand and basically, like, thumb facing down, I felt the palm of his hand in the center of my stomach on my bellybutton and, like, pushed back towards my right hip, like, where my gun is,” she said. “So he’s walking one way, his hand is running across my stomach in the opposite direction.”

“I felt like completely violated because, to me, that’s between my chest and my privates, which, you know, if he was a little bit north or a little bit south, it’s not good,” the trooper added.

“It is important to note that our investigation was limited to alleged conduct at Belmont Racetrack, and prosecutors in other jurisdictions continue to review other allegations of misconduct by Mr. Cuomo,” said Joyce Smith, Nassau County’s acting district attorney. 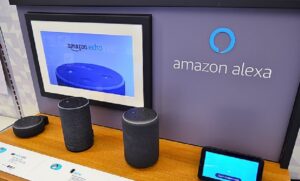