New Poll Shows US Approval of Biden Continues to Falter

The poll from ABC, released on Sunday, shows Americans disagreeing with his handling of almost every issue currently facing the nation.

In 40 years, inflation has been the most pressing subject in the new poll at its highest level. Only 28% of Americans believe he’s handing the problem appropriately, while 69% disapprove.

A mere 38% of Americans have faith that the President can negotiate with the Russian leader Vladimir Putin on his aggressive actions toward Ukraine. This data leaves 62% of respondents stating they have “just some” confidence or “none at all” in Biden’s ability to negotiate with Putin. The high margin of disapproval comes a week following his two-hour video conference with Putin to discuss the rising tensions over Ukraine.

Looking further at the new poll, Biden’s approval ratings on crime, the economy, gun violence, and taxes have all hit new lows, leaving a large margin of disappointment with the American public.

With a historic increase in homicide rates and a surge of smash-and-grab robberies throughout American cities, only 36% think Biden is tough on crime — a figure that indicates a significant decline from his all-time high in late summer. The poll found 60% disapproval of how he’s dealing with violent crimes and related policies.

Gun violence has continued to surge in the U.S. throughout the recent pandemic era. Earlier this fall, the CDC reported a 15% increase in shooting deaths in 2020 compared to the year before.

In the face of this surge, Biden’s approval on gun violence dropped to 32%, meaning only 1-in-3 Americans approve of Biden’s approach to this issue.

The poll was released on the same day the Labor Department revealed that consumer prices rose 0.8 percent in the preceding month. The report’s data reflected the annual inflation of 6.8 percent in November, the highest increase since June 1982.

While there appears to be record-low jobless claims, the persistent labor shortage is causing an increase in wages, making costs higher for businesses. Despite the low jobless claims, higher wages — coupled with the issues in the current supply chain — suggests that record inflation could persist well into 2022.

Biden has called the spike in inflation a “bump in the road” in remarks he made at his Summit for Democracy last week. He went on to share that solid gains in employment and consumer savings mean “economic growth is stronger here than virtually any other nation.”

According to ABC’s survey, however, only 41% of respondents approve of how Biden has handled the economic recovery from the COVID-19 pandemic. In March, his approval on the issue was 60%. 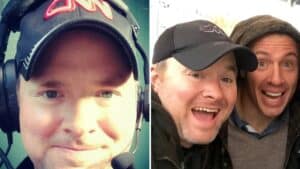