Griffin is accused of enticing a mother and daughter to come to his home to “train” the young girl to be sexually submissive.

A Vermont grand jury indicted the 44-year-old on three counts of using a “facility of interstate commerce to abuse underage girls” by enticing them to engage in illicit sexual activity.

“According to the indictment, between April and July of 2020, Griffin utilized the messaging applications Kik and Google Hangouts to communicate with people purporting to be parents of minor daughters, conveying to them, among other ideas, that a ‘woman is a woman regardless of her age,’ and that women should be sexually subservient and inferior to men,” said a  statement from the Department of Justice.

The statement claims Griffin “attempted to entice two other children to engage in sexual activity over the internet.”

The evidence considered by the grand jury includes personal social media accounts and records of the former producer.

Griffin is further accused of convincing a mom of two girls, ages 9 and 13, in June of 2020 that she needed to have her daughters appropriately “trained,” a statement seen repeatedly in the indictment referring to sexual acts.

The indictment states that Griffin sent the woman $3,000 to purchase airfare to travel with her nine-year-old from Nevada to Boston.

After the woman and her daughter arrived in Boston, Griffin drove them to his home in Ludlow, Vermont, where prosecutors say the girl was forced to engage in illegal sexual contact.

Griffin is also alleged to have tried enticing two other children online to participate in sexual activity.

The allegations continue, including an incident in April 2020, when Griffin coordinated a “virtual training session” where he directed a woman and her 14-year-old daughter to remove their clothes during a video chat.

Further allegations include an incident in June 2020, when prosecutors claim Griffin offered to pay for a woman and her 16-year-old daughter to come to his vacation home in Vermont for sexual “training” focused on the teenage girl.

Griffin is accused of sexually training girls as young as seven years old in the indictment.

If convicted, Griffin faces a minimum of 10 years for each count.

“We take the charges against Mr. Griffin incredibly seriously. We only learned of his arrest this afternoon and have suspended him pending investigation,” said a CNN spokesperson on Friday.

Griffin began his career with CNN in 2013 as part of the network’s show New Day, when Chris Cuomo was its host. 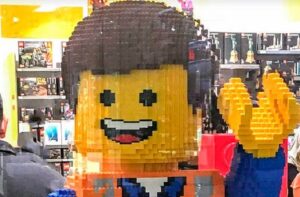