Researchers at the Higher School of Economics in Russia have found that investing in LEGO sets is more profitable than gold, art, or financial securities.

In a study titled LEGO: THE TOY OF SMART INVESTORS published on Friday, the researchers found that the famous bricks and similar collectibles are attractive alternative investments with good diversification potential.

“We are used to thinking that people buy such items as jewelry, antiques, or artworks as an investment. However, there are other options, such as collectible toys. Tens of thousands of deals are made on the secondary LEGO market. Even taking into account the small prices of most sets, this is a huge market that is not well-known by traditional investors,” Victoria Dobrynskaya, one of the study’s authors and Associate Professor at the Faculty of Economic Sciences, said in a statement on the university’s website.

The study pointed to five key points from their findings. First, they noted that LEGO is an iconic toy that has a supply that diminishes over time and a high collectible value.

Next, they pointed out that investments in LEGO yield high returns when they are resold on the secondary market. They outperform large stocks, bonds, and gold — while not being exposed to the same risks as other investments.

When used as a long-term investment, the study found that LEGO sets will yield positive returns 2-3 years after retirement.

“Secondary market prices usually start to grow two or three years after a set is retired, but there is a significant variation in returns ranging from -50% to +600% annually. Prices of small and very big sets grow faster than prices of medium-sized ones, probably because small sets often contain unique parts or figures, while big ones are produced in small quantities and are more attractive to adults,” an article about the study on HSE’s website explained. “Prices of thematic sets dedicated to famous buildings, popular movies, or seasonal holidays tend to experience the highest growth on the secondary market (the most expensive ones include Millennium Falcon, Cafe on the Corner, Taj Mahal, Death Star II, and Imperial Star Destroyer). Another attractive category includes sets that were issued in limited editions or distributed at promotional events: rarity increases their value from the collectors’ perspective.”

According to their findings, unopened LEGO sets yielded an average return of at least 11% (8% in real terms) in their sample period — which tracked the prices of 2,322 LEGO sets from 1987-2015.

“LEGO returns are not exposed to market, value, momentum, and volatility risk factors but have an almost unit exposure to the size factor. A positive multifactor alpha of 4%–5%, a Sharpe ratio of 0.4, a positive return skewness, and low exposure to standard risk factors make the LEGO toy and other similar collectibles an attractive alternative investment with good diversification potential,” the HSE economists explained in the study’s abstract. 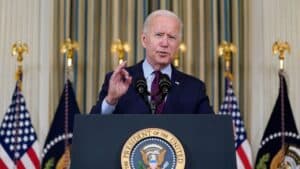