New Jersey Governor Gearing Up to Lift Mask Mandate for Schools, According to Report

Democrat New Jersey Governor Phil Murphy is gearing up to lift the mask mandate for schools, according to a new report.

Schools in the state have been under a mask mandate since September 2020.

According to a report from the New York Times on Monday morning, “Murphy, the vice chairman of the National Governors Association, said on Sunday that he would officially announce the elimination of the mandate on Monday afternoon.”

The change will reportedly go into effect during the second week of March.

“Murphy’s move follows a decision last month by the Democratic governor of Pennsylvania, Tom Wolf, to rescind his state’s school mask mandate. The Democratic governors of New York and Connecticut also said last week that they were re-evaluating school mask mandates that are soon set to expire,” the report explains. “Republican leaders in many states, including Greg Abbott of Texas and Ron DeSantis of Florida, have banned mask mandates in schools, leading to court fights with districts that wanted to enforce mask wearing.”

The mandate being lifted comes at an interesting time, as the Democratic Party is expected to struggle in the upcoming midterm elections.

The Times noted that “the controversy over masks helped energize Republican voters in last year’s governor’s races in New Jersey and Virginia. And conservative candidates who are targeting Democratic opponents ahead of November’s pivotal midterm elections continue to tap frustration among parents weary of school disruptions.”

There are currently just 11 states left with mandatory mask requirements for students and school staff. Murphy said that lifting the mandate will be a “huge step toward normalcy.”

Teachers in New Jersey must provide proof of vaccination or take weekly COVID-19 tests. They are not required to get a booster shot at this time.

At the end of January, during an appearance on Meet the Press, Murphy said that “we’re not going to manage this to zero. We have to learn how to live with this,” while discussing the pandemic.

“You got to preempt this, clearly, and we’re now getting caught up as a country,” Murphy said. He added that the number of COVID-19 cases in New Jersey and New York is falling and that they were “hit earliest by all of these waves.”

The New Jersey Education Association, the largest teacher’s union in the state, told the Times that they will not be commenting until the lift is officially announced. 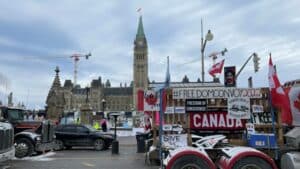