An amendment banning interstate moves, sales, or travel with many types of common pets is buried within the 2,912 page America COMPETES Act of 2022.

The proposed changes in the COMPETES Act will have far-reaching consequences that affect aquarists, bird keepers, reptile and amphibian enthusiasts, unusual or exotic pet owners, and any other organization, business, or person who works with non-native wildlife.

The only pets that will really be safe are dogs, cats, and livestock.

The COMPETES Act — an acronym for Creating Opportunities for Manufacturing, Pre-Eminence in Technology and Economic Strength — is being pitched as an effort to increase U.S. competitiveness with China, but is filled with unrelated legislation, including the changes to the Lacey Act amendments.

The Lacey Act prohibits the transportation of illegally captured or black-listed wildlife, fish, and plants across state lines. When the conservation law was originally passed in 1900, it was meant to prevent people from hunting animals in one state and selling them for a bounty in another. It has been broadened since then to ban sales of certain animals due to them being invasive in some states.

Under the new update, if passed, animals will need to be white-listed in order to be imported.

“If the bill passes, only species that go through an administrative rulemaking process and are found not to be a risk or an injurious species would be allowed to be imported into the United States. Any species not listed would be presumed to be injurious and would be banned from import. All species would be in essence regarded as guilty until proven innocent,” the National Animal Interest Alliance wrote in a press release warning pet owners.

An “injurious species” is one that is not native to a particular area and has the potential to become invasive.

The National Animal Interest Alliance pointed out that there are multiple problems with a white-list approach.

“First, it is impossible to prove a negative. Meeting the burden of proof to show a species would not be injurious is onerous and will require significant time and financial resources. Navigating the petition and listing process will be next to impossible for the average person, not to mention the problems in overcoming any subsequent legal challenges to listings,” the NAIA wrote.

There are currently over 10,000 species of birds, reptiles, amphibians, arachnids, fish, coral, and invertebrates kept as pets in the United States. It is unlikely even a small portion would make the white-list.

Additionally, the organization pointed out that because the Lacey Act is a federal law, a species that is injurious in any state will be banned in every state — even if the climate would not support the animal becoming invasive. They argue that an animal that could thrive in south Florida is not likely to be able to in Minnesota, and therefore injurious species lists are best suited to be decided at a state level.

As an example, the NAIA pointed to the case of the orange dwarf Mexican crayfish, a popular tropical aquarium species. These harmless critters are banned in Pennsylvania because the state banned all crayfish in an effort to stop the import of a few species that actually could harm their native ecosystems.

“An ecological risk screening by US Fish & Wildlife Service gives the species a climate match score of 0 (the lowest score possible and a key indicator that species presents no invasion risk) for the entire state of Pennsylvania. There is also little to no risk of confusing an orange dwarf Mexican crayfish with species that would actually harm the state’s aquatic ecology. Despite no reasonable purpose for banning the species in Pennsylvania, keeping orange Mexican dwarf crayfish is a crime at the state level, and could even become a federal felony if prosecuted under criminal provisions of federal law pertaining to state, tribal, and foreign wildlife violations,” the press release explained.

The updated legislation would ban interstate travel with “injurious” animals, even for vet visits. Exotic pet, bird, and reptile owners often have to travel across state lines for specialized veterinary care. It would “outlaw interstate transport of all species considered injurious under the Lacey Act. Since every species not on the ‘White List’ would be considered injurious, the proposed Lacey Act white list would not only prevent imports of most species into the US from abroad, but also ban movement between states,” the NAIA pointed out.

“While animals possessed before the implementation of the white list would still likely be allowed to be kept under state law, unless the species is lucky enough to make it onto the proposed Lacey Act ‘White List,’ transporting across state lines for any reason, whether because of a move, selling or gifting animals, or even taking an animal temporarily to another state for medical care (a common occurrence for fish, reptile, amphibian, and bird keepers, since finding a veterinarian specializing in treating non-mammals can sometimes be difficult) could result in federal prosecution,” the press release explained.

The United States Association of Reptile Keepers has also been sounding the alarm to pet owners about the dangers they will face if this amendment passes.

“This issue is not just about reptiles, or birds, or fish, or amphibians, or mammals. It is about all of them! If you own an animal other than a dog, cat, or traditional farm animal, your species could be treated as injurious. If you have an animal interest business, this will likely affect you. Even businesses in domesticated agriculture species could be afflicted as shipments with any animal description may see increased inspection. This escalated scrutiny may also decrease the number of ports allowed for shipments,” USARK wrote in a press release.

USARK is urging people to visit their website for more information and help to contact your senator.

The America COMPETES Act has already passed in the House and will now move to the Senate, where it will be reconciled with an innovation policy package called the U.S. Innovation and Competition Act, or USICA, that passed in the Senate last year, according to USARK. 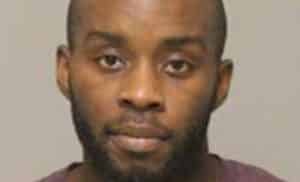