A democrat PAC reportedly spent $3.1 million on advertisements in favor of Bolduc

“We are going to come together with one common goal and that is to beat Senator Hassan who has not served this state well,” Bolduc told Newsmax.

Morse was endorsed by New Hampshire Governor Chris Sununu during the final week before the primary. Sununu indicated he believes Morse would appeal more broadly to voters during the general election.

“We Republicans here in New Hampshire, we have a very big decision to make, and we have to get it right,” the governor said during the press conference. “Chuck Morse is the candidate who can beat Senator Hassan this November and the candidate Senator Hassan is the most afraid to face.”

The White Mountain PAC, a super PAC that Fox News reports has “loose links to longtime Senate Republican Leader Mitch McConnell’s political orbit,” ran a television commercial backing Morse and attacking Bolduc. In total, the group spent between $3.5 million and $4.1 million on ad time during the last week and a half leading up to the primary.

Another super PAC, the Senate Majority PAC, ran a series of ads attacking Morse as another member of the Washington D.C. establishment.

“Mitch McConnell’s Washington establishment is going all in for Chuck Morse, and it’s no surprise,” the ad says. “Chuck Morse took more lobbyist money than any other New Hampshire state senator. Lobbyists are even running his campaign.”

According to The Washington Examiner, the Senate Majority PAC is “closely aligned” with Senate Majority Leader Chuck Schumer. Democrats have “spent more than $3.1 million in an attempt to boost Bolduc, as they viewed him as an easier competitor to Hassan come November,” per Axios.

Similar efforts were employed in the Maryland gubernatorial race by the Democratic Governor Association in July.

Bolduc has been described as the “far-right” candidate. On several occasions, he has questioned the integrity of the 2020 election.

“I signed a letter with 120 other generals and admirals saying that Donald Trump won the election and, damn it, I stand by [it],” Bolduc said during a debate in August.

Before his retirement, Bolduc served 10 tours in Afghanistan. This is his second bid for the senate in New Hampshire, having been defeated in the primaries in 2020.

He described his victory on Twitter as a “100% bottom-up grassroots-led movement in NH!”

His victory was celebrated by a number of popular conservatives, including Tennesse Senator Marsha Blackburn and Donald Trump Jr.

Although President Donald Trump did publicly float the idea of endorsing Bolduc or Morse, he ultimately did not back either Republican senate candidate. Trump congratulated Bolduc on his win in a message on Truth Social.

The Cooks Political Report rated the New Hampshire race as a “lean-Democrat” giving hope to many Republicans who want to flip the seat.

The senator shocked many this year when she urged the Biden administration to address gaps in the walls and fences along the U.S.-Mexico border. 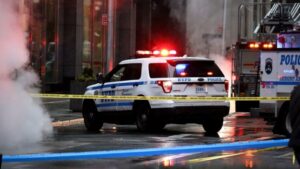