A first-term lawmaker who was endorsed by President Donald Trump beat out Maryland Governor Larry Hogan’s pick for his replacement during the state’s July 19 primary.

State Delegate Dan Cox shut out former Labor and Commerce Secretary Kelly Schulz after securing 56% of the votes to her 40%.

Cox’s victory has startled some progressives. Known for his loyalty to Trump, the legislator called Vice President Mike Pence a “traitor” online on Jan. 6, 2021 because Pence did not refuse to certify the results of the 2020 election. Cox was present at the Washington D.C. rally for Trump on Jan. 6, having chartered three buses to help supporters of the president attend the event.

Trump agreed with Cox’s skepticism about the validity of elections in Maryland during a tele-rally call this summer.

“I know the state so well. I know so many people,” Trump told supporters. “I don’t believe the elections are straight in the state — but we can say that about a lot of states and Dan’s looking into it very strongly and he’s really been at the forefront.”

Trump has also labeled Hogan and Shulz as “RINOs” — or Republicans in name only.

“Any government or corporate agency that tries to coerce or force such medical decisions will face fines,” he told The Washington Times in an email.

Cox sued the governor in 2020 over the government’s stay-at-home orders and COVID-19 regulations. He then introduced a resolution to impeach Hogan in February, accusing the governor of “malfeasance in office, misuse of police power, violations of the separations of powers, theft of the people’s Liberty and property, deprivation of the religious liberties of the people, and abuse of power under false pretenses.”

“We will never again give over our bodies, our churches and our businesses to a lockdown state,” Cox told his supporters at a victory party on July 19.

Governor Hogan has held his office for the last eight years and is widely embraced as a moderate Republican. He is unable to seek reelection due to term limits and ultimately ruled out running for a seat in US Senate.

Hogan called Cox a “Q-anon whack job” during a press conference in November of 2021. He backed Shulz, who served as his state labor secretary and commerce secretary. Schulz campaigned as a moderate Republican who would appeal to Democrats.

An advertisement for her campaign framed Cox as a guaranteed loss for the party.

“He is the only candidate who can ensure Democrats take back Maryland in 2022 because if you vote for crazy, Democrats win,” Schulz’s ad said of Cox.

The Democratic Governor Association spent $1.16 million on television advertisements to support Cox’s campaign, believing he would be easier for a Democratic candidate to beat during the November general elections.

“Democrats across the country have employed similar strategies to aid far-right candidates in G.O.P. primaries this year, despite the risk that it could backfire,” reports The New York Times.

“Trump lost Republicans the White House, the House, and the Senate. He’s selfishly colluded with national Democrats to cost us a Governor’s seat in Maryland where I ran 45 points ahead of him,” Maryland’s 65th governor tweeted on July 20. “He’s fighting for his ego. We’re fighting to win, and the fight goes on.”

Hogan is believed to be considering a bid for the presidency in 2024, irritating some state Republicans who feel he gave up an opportunity to flip the Senate seat held by Chris Van Hollen.

“As if there is anyone out there in the GOP that’s yearning for a Hogan presidential bid. Hogan wins in Maryland because a lot of Democrats vote for him,” wrote Jazz Shaw for Hot Air. “He is so ‘moderate’ and far to the left compared to Republicans in other parts of the country, Maryland is just about the only place where Hogan could win a statewide race. If he thinks he’s going to be carrying the GOP primaries in any red or purple states, he’s delusional.”

With 61% of the votes in, Maryland Democrats will most likely be represented in the gubernatorial race by Wes Moore. As of the morning of July 20, the race has not been officially called. 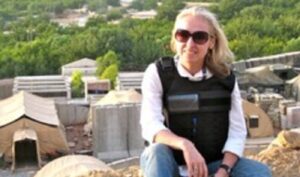