Nearly a quarter-million chickens owned by Tyson Foods have tested positive for a lethal bird flu on Monday.

The infected birds will be killed and disposed of, instead of entering the food market.

Tyson Foods is working with authorities to contain the outbreak and prevent the Eurasian H5 virus from spreading to other farms.

“We are actively working with state and federal officials to prevent the spread of the virus,” a spokesperson for Tyson Foods said in a statement. “Although the origin of the infection is not known, avian influenza has been found in migratory wild birds which play a significant role in spreading the disease.”

Dozens of wild birds have tested positive for the bird flu on the east coast in recent weeks. The avian flu can be spread to other birds through direct contact or contact with feathers or feces.

“These findings are not unexpected, as wild birds can be infected with HPAI and show no signs of illness,” the USDA said in a statement about the outbreak among wild birds. “They can carry the disease to new areas when migrating.”

The Hill reports, “the news follows an outbreak at a commercial farm in Indiana last week, which resulted in the depopulation of 30,000 turkeys, and two other flocks in Fauquier County, Va., and Fulton County, Ky., which were also depopulated.”

China and Korea have limited poultry imports from Indiana in response to the outbreak. China has also blocked imports from Kentucky.

Gary Mickelson, a spokesperson for Tyson Foods, told The Hill that the outbreak was at one farm in Kentucky and would not “impact our overall chicken production levels.”

“Tyson Foods is prepared for situations like this, and we have robust plans in place, which we are now executing. This includes heightening biosecurity measures at other farms in the region, placing additional restrictions on outside visitors and continuing our practice of testing all flocks for avian influenza before birds leave the farms,” Mickelson continued. “Tyson Foods’ chicken products remain safe: the USDA confirms that avian influenza does not pose a food safety risk to consumers in poultry that is properly prepared and cooked.”

This strain of influenza does not typically spread to humans.

In August, Tyson Foods raised the cost of its meat and poultry products in response to nationwide inflation and the possibility of a meat shortage.

Tyson Foods was also the first food employer to require vaccines for their workforce.

John Federspiel, owner of Feder’s Meats, has said that they believe vaccination mandates may scare off a lot of potential workers, exacerbating the potential for a meat shortage. However, they are still optimistic for the industry because their customer base expanded during the pandemic. 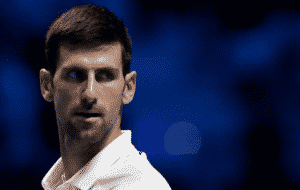 Novak Djokovic Says He Is Willing To Skip French Open, Wimbledon Rather Than Comply With Vaccine Mandate