After announcing that he was having difficulty finding sponsorships, NASCAR driver Brandon Brown was offered a sponsorship by a cryptocurrency meme coin honoring the “Let’s Go, Brandon” rally cry — but NASCAR has rejected it.

Cryptocurrency meme coin LGBcoin.io (LGBcoin /$LGB) signed on as the Brandonbilt Motorsports’ full-season primary partner for the 2022 NASCAR Xfinity Series season, but it looks like the racing team did not seek out permission before announcing the sponsorship.

On Wednesday, it was confirmed that NASCAR had rejected the sponsorship deal.

Marucci continued, “We are disappointed that NASCAR leadership has chosen to rescind approval of this sponsorship and feel they should have the confidence to own their decision to backtrack and not gaslight a team or a driver.”

“Like every team, we rely on productive and friendly working relationships at all levels of NASCAR. Unfortunately, NASCAR leadership’s handling of this situation now threatens to strain our relationships and places us in an incredibly awkward position, yet again,” the statement concluded.

According to the Washington Post, NASCAR officials met on Tuesday to decide the sponsorship’s fate.

The paper reports that “NASCAR made clear during a November discussion about the potential sponsorship that it would not allow any reference or imagery based on the chant. NASCAR’s formal decision was not a reversal, the official made clear, but the governing body’s first and final word on the matter.”

Brown had just won a race and was being interviewed by NBC reporter Kelli Stavast when a chant of “f-ck Joe Biden” broke out. The interviewer falsely claimed that the crowd was chanting “Let’s Go Brandon” in support of Brown — and a new meme was born. 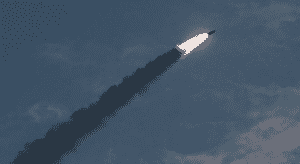