House Speaker Nancy Pelosi’s husband Paul has been sentenced to five days in jail and roughly $6,000 in fines after pleading guilty to a charge of Driving Under the Influence.

Mr. Pelosi, 82, was arrested on May 28 after a car crash that California Highway Patrol officers said that he caused due to being drunk.

“His eyes appeared red/watery, he was unsteady on his feet, his speech was slurred, and he had a strong odor of an alcoholic beverage emanating from his breath. CHP determined Mr. Pelosi was the proximate cause of the collision,” Mr. Pelosi’s arrest report said.

The driver of the other vehicle was injured in the crash, but Mr. Pelosi was not.

When officers arrived at the scene, Mr. Pelosi appeared to try and use his influence to avoid charges.

According to a report from The Hill, “when the CHP officer asked Paul Pelosi for his driver’s license, he handed the officer his license and an 11-99 Foundation membership card, according to the arrest report. The 11-99 Foundation is a scholarship fund that provided more than $42 million in support of CHP families, according to its website. 11-99 is a radio code used by CHP officers and dispatchers that means ‘officer needs assistance.'”

The District Attorneys office said that Mr. Pelosi’s blood alcohol content was .082% when it was taken and tested over two hours later. The legal limit in California is .08%.

Speaker Pelosi was not with her husband at the time of his crash and arrest. She was in Rhode Island delivering the commencement address to Brown University graduates.

Though Paul generally keeps a low profile, the New York Post previously reported that “in March, he bought $2.2 million in Tesla stock as some in Congress proposed banning lawmakers and their spouses from stock trading.” 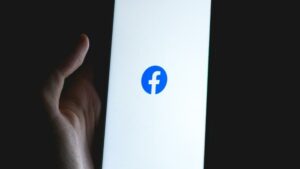