Meta has come to a $37.5 million settlement agreement after being sued for Facebook tracking user’s locations without their permission.

The lawsuit, Lundy et. al v. Meta Platforms Inc., was filed in 2018 by plaintiffs Brendan Lundy and Myriah Watkins, who accused Facebook of fraud, breach of contract, and privacy violations based on allegations that Facebook collects and uses Internet Protocol addresses (“IP addresses”) to estimate the locations of users.

According to the complaint, the company was tracking locations through people’s smartphone data to send them targeted advertising — even if the person had shut off Location Services on their mobile devices.

The class action lawsuit against the Big Tech giant argued that this tracking was a violation of California privacy laws.

Meta attempted to have the lawsuit dismissed in 2019, arguing that their users do not have a “reasonable expectation of privacy” when using the social media platform. They also argued in a motion that the plaintiff’s “contention that the challenged practices are so egregious as to violate their common law or constitutional privacy rights is contradicted by their admission that after learning of these practices they have continued using Facebook.”

As part of the settlement agreement, Meta will not have to admit to any wrongdoing in regards to their location tracking.

The preliminary settlement will still have to be approved by the judge in the case.

Earlier this year, another lawsuit over the company’s tracking practices was settled for $90 million. In that case, filed in 2012, the plaintiffs said that Facebook was tracking their online activity even when they were logged out.

That lawsuit, known as the “Facebook Internet Tracking Litigation” said that the platform was “improperly obtaining and collecting data” through non-Facebook websites that used a Facebook “Like” button.

According to a report from Fox 32, you may qualify for a portion of that settlement if “you were a Facebook user in the United States from April 22, 2010, through September 26, 2011, and you visited any non-Facebook website that displayed the Facebook ‘Like’ button.” 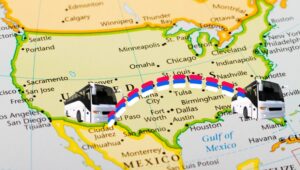