NAACP Tells Free Agents To Sign With Teams Outside of Texas

“Texas is not safe for you, your spouse, or your children,” the organization said.

The National Association for the Advancement of Colored People (NAACP) wants athletes to boycott Texas because of the state’s recent legislative actions.

In an open letter to the National Players’ Leagues, the organization told free agents they should consider signing with teams that were not based in the state.

“We must stand up for what is right and protect our loved ones from the dangerous attacks on freedoms taking place in Texas,” said NAACP President and CEO Derrick Johnson in a statement.

The NAACP was founded in 1909. It has 2,200 units and branches in America and 2 million activists.

“Over the past few months, Texas Governor Greg Abbott has signed into law extreme voting laws to severely restrict the right to vote, empowered vigilantes with the authority of the law to restrict women’s freedom to make choices about their bodies, and has most recently codified redistricting maps that aim to disenfranchise Black, brown, and Latinx voters,” the NAACP said on its website. “Recently released data from the 2020 census shows that people of color have driven 95% of the Texas population growth.”

The organization believes athletes have substantial influence because of their employment and their status as role models.

Texas’s controversial abortion law has been publicly denounced by organizations like Planned Parenthood, as well as businesses, like Salesforce. The company told employees it would help them leave the state in the wake of the new law.

The state was also sued by voter advocacy organization Voto Latino over its newly redrawn congressional districts. Following the most recent census, Texas has 38 representatives in Congress and 40 electoral votes.

By avoiding Texas-based teams, the NAACP says free agents will be help stop  “continued attacks on people of color.”

President of the Texas NAACP Gary Bledsoe said “In the absence of federal action, advocates in Texas must stand together and use all of the tools at their disposal to ensure that basic human rights are delivered to the people of Texas. We must fight for our Constitution and the freedoms that it guarantees to all Americans.”

Governor Greg Abbott has said Texas has been attracting business in recent months, especially those from California. 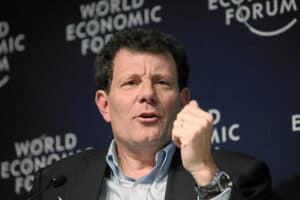