'This Company Is Like ... You Are In A Plane That Is Headed Toward The Ground At High Speed With The Engines On Fire And The Controls Don’t Work'

The tech billionaire explained his strategy of cutting employees and reducing other costs since his October acquisition by saying Twitter’s previous business model would have had a net cash outflow upwards of $6.5 billion while only generating $3 billion by next year.

“That is why I spent the last five weeks cutting costs like crazy,” Musk said, revealing the company had $1 billion cash on hand.

“This company is like, basically, you are in a plane that is headed toward the ground at high speed with the engines on fire and the controls don’t work.”

“Not good since Twitter has $1bn in cash,” Elon Musk said. “So that’s why I spent the last five weeks cutting costs like crazy.” https://t.co/kLbzCGdVed

One user asked Musk about advertisers returning to the platform, which the tech billionaire said, “we do need to get the advertisers.”

“I’ve spoken to a number of advertisers. Their requests are not fuzzy, or irrational … they’re quite reasonable,” Musk continued, saying advertisers wanted Twitter to show a return on investment (ROI) that “makers sense.”

“If I were in their position I would also want a ROI that makes sense,” the tech billionaire continued. “Especially when headed into difficult economic times.”

Following cost-cutting along with garnering Twitter Blue subscribers, Musk said he believed the platform would “in fact be okay next year.”

“Should I step down as head of Twitter?” Musk asked users, saying he would “abide by the results.”

Over fifty-seven percent of users agreed Musk should step down as head of the platform with 42.5% disagreeing with the sentiment. Over 17 million users participated in the poll.

On Wednesday, Musk addressed the poll by saying he would resign as soon as he found someone “foolish enough to take the job” — a reference to previous tweets in which the tech billionaire said “the question is not finding a CEO, the question is finding a CEO who can keep Twitter alive.”

I will resign as CEO as soon as I find someone foolish enough to take the job! After that, I will just run the software & servers teams.

“After that, I will just run the software and servers teams.”

Musk elaborated that a successor “must like pain a lot.”

“One catch: you have to invest your life savings in Twitter and it has been in the fast lane to bankruptcy since May. Still want the job?” 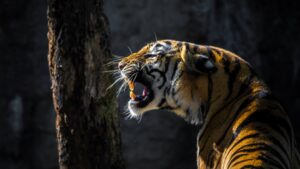