The bill (H.R.263), which passed the Senate earlier this month, also restricts contact between big cats and the public, prohibits public cub petting and feeding, and bans private breeding of big cats. The new law only applies to private ownership, as sanctuaries, universities, and zoos are exempt.

The legislation was initially introduced in the U.S. House of Representatives in 2019, the year before the Netflix blockbuster “Tiger King” raised awareness about the issue of private big cat breeding. The series revealed the harsh conditions in which big cats are often kept by private owners. The bill passed the House in December 2020, but did not receive a vote in the Senate during that session and was reintroduced in 2021.

“With proper enforcement, the new law will serve as the final nail in the coffin for businesses exploiting sensitive big-cat cubs for profit,” animal rights group People for the Ethical Treatment of Animals (PETA) says. “PETA is confident that the new law will take down the two remaining Tiger King villains: Bhagavan ‘Doc’ Antle, who is already facing state and federal charges for wildlife trafficking, among other alleged crimes, and Mario Tabraue, who will no longer be able to cash in on the suffering of big-cat cubs and their mothers.”

Kate Dylewsky, senior policy advisor at the Animal Welfare Institute, said in a statement, “At long last, we will see an end to the exploitative and dangerous trade in pet big cats, as well as the abusive public handling of cubs. This law protects animals from cruelty, and protects our communities from life-threatening encounters with these wild animals.”

“Over four years of work have finally led to this moment,” Quigley said. “I am grateful to all those who have believed in the importance of this bill and who have been dedicated to seeing it become law. This legislation will not only help end the cruel and inhumane cub petting industry, it will also make our communities safer.”

“The Big Cat Public Safety Act represents historic progress in protecting communities from dangerous exotic animals and safeguarding captive tigers, lions and other wild cats across the U.S.,” said Carson Barylak, Campaign Manager at the International Fund for Animal Welfare (IFAW). “We applaud the bipartisan leaders in Congress who worked tirelessly to advance this measure to protect wildlife and people alike.” 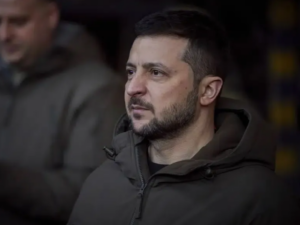