President Volodymyr Zelensky will make his first international trip since the Russia-Ukraine war began to meet with President Joe Biden at the White House.

The Ukrainian leader will also address a joint session of Congress.

“Three hundred days ago, Russia launched a brutal assault against Ukraine. In response, President Biden rallied the world to support the people of Ukraine as they defend their sovereignty and territorial integrity,” said Karine Jean-Pierre. “The visit will underscore the United States’ steadfast commitment to supporting Ukraine for as long as it takes, including through the provision of economic, humanitarian, and military assistance.”

Zelensky also confirmed the trip and his Congressional address around 1 AM. He also said he will have “a number of bilateral meetings.”

I hope you’re having a good flight, Volodymyr. I’m thrilled to have you here. Much to discuss. https://t.co/SsRdsAnSDb

During Zelensky’s time in America, the White House has said Biden will announce “a significant new package of security assistance.”

Congress is currently considering $45 billion in additional funding for Ukraine as part of a $1.7 trillion omnibus budget bill. The funding is considered emergency assistance and would be the largest aid package thus far.

The US has already sent approximately $68 billion in military, economic, and humanitarian assistance to Ukraine.

“The bitterness of winter has descended on Eastern Europe, and if our friends in Ukraine hope to triumph [over] Russia, America must stand firmly on the side of our democratic friends abroad,” said Senate Majority Leader Chuck Schumer of New York of the aid package, per AP News.

The day before Zelensky’s trip was confirmed, Senate Minority Leader Mitch McConnell told reporters that “providing assistance for Ukrainians to defeat the Russians is the number one priority for the United States right now according to most Republicans.”

“That’s how we see the challenges confronting the country at the moment,” he said.

Kentucky Senator Thomas Massie, however, suggested this is not the case.

“We should have a separate vote on additional Ukraine funding,” said the republican, per Fox News. “Most of my constituents do not wish to have their money sent to Ukraine, especially not without oversight or an audit.”

Speaker of the House Nancy Pelosi asked all members to be “physically present” during today’s evening session.

“We are ending a very special session of the 117th Congress with legislation that makes progress for the American people as well as support for our Democracy,” Pelosi wrote in her Dec. 20 letter. “Please be present for a very special focus on Democracy Wednesday night.”

This will be the second time Zelensky addresses Congress. He addressed members of the House and Senate virtually on March 16 – about three weeks after Russia invaded Ukraine. During that speech, he told Biden “You are the leader of the nation … I wish you to be the leader of the world.”

Biden and Zelensky are expected to meet at 2 PM. 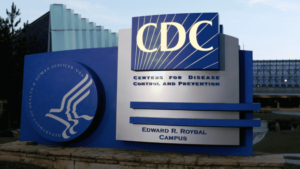