House Republicans are pressing the U.S. Centers for Disease Control and Prevention (CDC) to reinstate firearm-related data that the agency recently deleted from its website.

At the behest of gun control activists who lobbied the agency, CDC officials quietly scrubbed information showing that defensive uses of firearms are as high as 2.5 million annually.

131 pages of e-mails released by The Reload show an intense campaign by gun control activists urging the CDC to discard decades-old, established data and update the agency’s Fast Facts: Firearm Violence Prevention webpage with only the information the activists wanted published.

The e-mail exchanges began as early as Sept. 2021 and lasted through at least May of 2022. Ultimately, the lobbying effort resulted in a private meeting between CDC officials and three activists.

The CDC changed the defensive gun use section of its website.

Estimates of defensive gun use vary depending on the questions asked, populations studied, timeframe, and other factors related to the design of studies. The report Priorities for Research to Reduce the Threat of Firearm-Related Violence indicates a range of 60,000 to 2.5 million defensive gun uses each year.

Estimates of defensive gun use vary depending on the questions asked, populations studied, timeframe, and other factors related to study design. Given the wide variability in estimates, additional research is necessary to understand defensive gun use prevalence, frequency, circumstances, and outcomes.

The CDC is censoring defensive gun use data on its website at the behest of gun control activists. @RepStefanik and I are standing up for law-abiding gun owners and against political censorship.
Read our letter👇 pic.twitter.com/Aas5sc9N6O

“The gun control debate is not about hobbies or sports. It is about protecting one of the most fundamental rights afforded to the American people,” the letter states. “There is a difference between providing information to educate consumers, and censoring facts that third-party groups may disagree with politically.”

“Removing studies without explanation in an apparent effort to curry favor with political allies of the Biden administration will only further deteriorate public trust,” the lawmakers added. “We respectfully request you overturn this decision immediately and make available all data regarding DGU.”

The letter also seeks answers to a number of questions surrounding the CDC’s decision to remove the data. 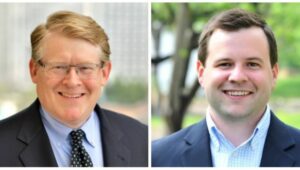