This year, there have been nearly 1.7 million migrant encounters with border patrol agents

Several counties in Texas will declare the thousands of illegal aliens crossing the southern border with Mexico an “invasion.”

The move is meant to pressure Republican Governor Greg Abbott to take stronger actions to curb the flow of illegal migration into the state. Judge Tully Shahan, accompanied by other officials in Kinney County, will announce the declaration July 5, according to Fox News.

In May 2022, the number of migrant encounters on the southwest border hit a record high of 239,416, according to data from the United States Customs and Border Patrol. So far this year, there have been nearly 1.7 million migrant encounters with border patrol agents.

Several officials have explained that a formal invasion declaration would open up constitutional avenues for governors to pursue border security at the state-level, rather than be dependent on the federal government.

“There can be no disputing that the influx of well over 1.3 million illegal immigrants this calendar year alone and thousands of pounds of fentanyl and other deadly narcotics, facilitated by the widespread human trafficking efforts of violent international drug cartels, constitutes an invasion of the southern border of the United States,” he wrote in 2o21.

Arizona Attorney General Mark Brnovich wrote a legal opinion in February arguing the legality of an invasion declaration. He highlighted Article I, Section 10 of the Constitution, the State Self-Defense Clause

“There is nothing in federal constitutional or statutory law authorizing the federal executive to thwart States from ensuring on-the-ground safety and an orderly border within the State’s own territory. Nor is there any conflict with this and the orderly conduct of immigration policy by the federal executive,” he wrote. “No state should be put in the position that Arizona and other border states have been put in through the federal government’s recent actions.

“The federal government is failing to fulfill its duty under Article IV, Section 4 of the Constitution to defend the States from invasion,” he wrote. “The State Self-Defense Clause exists precisely for situations such as the present, to ensure that States are not left helpless.”

The Kinney County attorney sees this move as standing with Gov. Abbott, taking action on border security in the wake of the inaction by the Biden administration to enforce immigration laws at the federal level.

“And the only reason we have to do this is because President Biden has failed to secure the border at all. So we’re standing with the governor and we’re declaring an invasion in the hope that he will stand with us in doing so,” he told Fox News.

Paxton recently expressed frustration over a decision by the U.S. Supreme Court, which allowed the Biden administration to reverse a Trump-era “Remain in Mexico” policy. He said the ruling makes the border crisis worse and that his office would press forward and focus on securing the border. 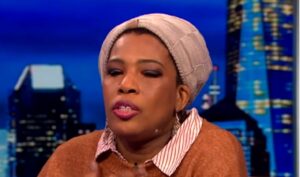