OPINION: Border States Have Power to Enforce Border Security. It's Time They Use It.

It’s a day that ends in “Y” which means thousands of illegal aliens, with the help of dozens of left-wing organizations, are making their way north to storm the southern border of the United States.

Illegal immigration has skyrocketed under the Biden administration, having “risen at a faster rate in the first nine months of Biden’s tenure than any time in the Border Patrol’s 97-year history.”

As of June 8, close to 10,000 migrants have formed a caravan north of the Mexico-Guatemala border and are heading to the U.S. That number is expected to swell to 15,000 people, making it the largest migrant caravan in history, according to the Federation for American Immigration Reform (FAIR).

This caravan comes at a time when America is facing historic inflation, a baby formula shortage, supply chain constraints, a trucker shortage, and backlog of shipping containers at ports, which raises questions as to how we are going to meet the needs of U.S. citizens along with the needs of millions of migrants and their children.

Indiana Attorney General Todd Rokita, on June 6, filed a lawsuit against the Biden administration due to the negative impact the administration’s lax border policies are having on the state.

“The lawlessness at the southern border has escalated into a crisis in the Midwest — including Indiana,” he said in a statement. “Hoosier communities are overwhelmed by cartel-driven human trafficking and drug trafficking while fentanyl overdoses skyrocket. Because of ‘do nothing’ politicians here and in Washington, every state is now a border state — especially Indiana, the Crossroads of America. I refuse to allow Hoosiers’ liberties and security to be eroded by illegal aliens and those who want to stick their heads in the sand pretending we aren’t affected.”

However, purported anti-illegal immigration border state governors are among the “do nothing” politicians who have substituted posturing for policy.

In late May, Texas Governor Greg Abbott (R) — seeking to cement his bonafides as a “tough-on-immigration” chieftain — took the radical step of busing illegal aliens to Washington D.C. (450 buses to be exact) in hopes of making politicians in our nation’s capital experience what communities in Texas are experiencing.

“We’re trying to help communities … along the southern border not have to deal with this tidal wave of people in their communities,” Abbott said. “So we are a relief valve for those communities by moving the migrants out and getting them to Washington, D.C.”

It was a rare reactionary and embarrassing move from a political veteran.

Did it never occur to him or his staff that he was sending migrants to a blue district with left-leaning, open-borders-promoting politicians who – if even slightly inconvenienced – wouldn’t hesitate to just ship them elsewhere?

“I thank [Abbott] wholeheartedly because I was able to make it safe and sound and, even better, with good service and at no cost. I consider it true humanitarian aid,” said Rodríguez, 26. “I think what the governor is doing is of great help because it allows migrants who have no money, like me, to arrive or get closer to our destination.”

Busing migrants across the country was a gutless move, because Abbott, like all border state governors, had a stronger option: send the illegal migrants back across the border.

A week before Abbott’s publicity stunt, former U.S. Department of Homeland Security Deputy Secretary Ken Cuccinelli — who served from 2019 to 2021 — blasted border state governors Abbott and Gov. Doug Ducey (R-Az.) for wasting billions of dollars on photo ops and not doing enough to resolve the border crisis. And it was Cuccinelli who, in 2021, published a legal framework that would allow states to act on border security independent of the federal government.

According to his policy brief, Article IV, Section 4 of the U.S. Constitution (known as the guarantee clause) ensures each state protection from the federal government against invasion. By allowing millions of illegal aliens to assail our borders — often bringing deadly narcotics and facilitating international human trafficking by cartels — Cuccinelli argues that the Biden administration has neglected its duties under the guarantee clause.

The countermeasure, he writes, is Article I, Section 10, Clause 3 of the constitution, which allows a state a “self-help” remedy if “actually invaded, or in such imminent Danger as will not admit delay.”

It’s a fairly simple argument, as the Washington Examiner noted: “If the federal government fails to protect a state, the governor may take action to protect itself — in this case, arresting and removing any person who illegally crosses the border.”

Governors indeed have the authority to declare millions of foreign nationals forcibly entering our country as an invasion, and may exercise constitutionally prescribed emergency powers to apprehend and return those foreign citizens to the other side of the border.

Some have suggested that state-level officials might fear the political and legal blowback from a federal government controlled by an opposing party, questioning if the U.S. Department of Justice (DOJ) would intervene. But Arizona Attorney General Mark Brnovich has also written in support of the strategy and vigorously defended the legality of an invasion declaration in a 25-page legal opinion he wrote in February.

“The on-the-ground violence and lawlessness at Arizona’s border caused by cartels and gangs is extensive, well-documented, and persistent,” he wrote. “It can satisfy the definition of ‘actually invaded’ and ‘invasion’ under the U.S. Constitution.”

Two conclusions flow from this. First, the federal government has a duty to protect Arizona under the Invasion Clause. Second, Arizona retains the independent authority under the State Self-Defense Clause to defend itself when actually invaded. This power is exercised under the Governor’s authority as Commander-in-Chief. … Further … state sovereignty to defend the integrity of the State from on-the-ground lawlessness at or near its border is bolstered by the unprecedented actions of the current presidential administration to destroy operational control of the border, including the illegal rescission of the Migrant Protection Protocols (“MPP”), illegal issuance of “interim guidance” (carried forward in “permanent guidance”) that prevents the U.S. Immigration and Customs Enforcement (“ICE”) and United States Customs and Border Protection (“CBP”) from executing federal laws, halting construction of the border wall, and closing highway inspection checkpoints. There is nothing in federal constitutional or statutory law authorizing the federal executive to thwart States from ensuring on-the-ground safety and an orderly border within the State’s own territory. Nor is there any conflict with this and the orderly conduct of immigration policy by the federal executive. No state should be put in the position that Arizona and other border states have been put in through the federal government’s recent actions. The federal government is failing to fulfill its duty under Article IV, Section 4 of the Constitution to defend the States from invasion. The State Self-Defense Clause exists precisely for situations such as the present, to ensure that States are not left helpless.

Border state governors would be well within their legal and constitutional prerogatives to step up border enforcement when the federal government refuses to do so.

However, immigration reform is a political hot potato, with neither Republicans nor Democrats having the spine to pursue meaningful solutions: Republican donors like the cheap labor, Democrats exploit migrants for long-term political aims.

It’s hard working Americans — and those seeking to become Americans — who unfairly get caught in the crossfire. People, no matter what country they’re from, should not be pawns in a political chess match.

Shameless PR stunts, like shipping illegal immigrants deeper into the U.S., do not “own the libs” or project strength. Neither does a governor’s refusal to embrace legal actions that could secure America’s borders, interdicting the flow of illegal drugs and human trafficking victims in the process.

So, if GOP governors really want to play Mr. Tough Guy on border security, they should adopt the strategy laid out by Cuccinelli and Brnovich, formally call the invasion on our southern border what it is, and expel from our country foreign nationals who have come here illegally. 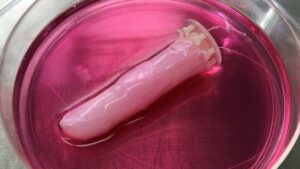