Grammy-award winning singer Macy Gray is facing backlash for saying that “just because you go and change your parts doesn’t make you a woman.”

Gray made the comments during a sit-down interview with Talk TV’s Piers Morgan Uncensored on Fox Nation.

During the interview, Morgan asked Gray what a woman is.

“I would say a human being with boobs. How about you start there? And a vagina,” Macy replied.

Gray explained that surgery cannot imitate the “completely unique experience” of being a little girl and, eventually a woman.

“A woman goes through a completely unique experience and surgery and finding yourself doesn’t change that. Being a little girl is a whole epic book, you know? You can’t have that just because you want to be a woman,” she added.

The songstress said that while she will use people’s preferred pronouns, she does not believe that a biological male can truly become a woman.

“Everyone’s going to hate me, but as a woman, just because you go and change your parts doesn’t make you a woman, sorry,” she asserted.

Macy Gray: “Everyone’s going to hate me, but as a woman, just because you go and change your parts, doesn’t make you a woman.”

Piers Morgan: “You feel that?”

Gray: “I know that for a fact.”pic.twitter.com/Z8kvCJpvwT

Morgan warned the singer that she will likely be called transphobic by the social media mobs — citing the treatment of J.K. Rowling for taking a similar public stance.

“When people like J.K. Rowling have said this, they get attacked, they get abused, and the cancel culture mob comes for them. She gets called transphobic and so on. You might get the same,” Morgan said.

“But it’s the truth. I don’t think you should be called transphobic just because you don’t agree — there’s a lot of judgement and throwing stones at people for just saying what it is,” Gray replied.

The backlash, as predicted, was swift.

“As for Macey – how to kill what’s left of your career,” broadcaster India Willoughby tweeted.

Gray did not back down, responding “truth hurts.”

An actor named Johnny Sibilly tweeted that she was “saying transphobic stuff.”

Macy Gray saying transphobic stuff is whack as fuck. Report THAT you terfs 😘

Hundreds, if not thousands, of others took to Twitter to express similar complaints.

For her part, Rowling said she’s buying the singer’s “entire back catalogue.” 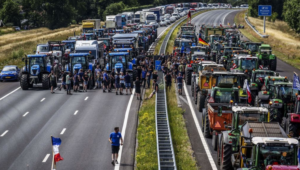