Removing the photos from the Balenciaga website has not stopped more strange props from being spotted in the background of the advertisements.

In a photo of a female model sitting with her feet propped up on a desk, a white book from Belgian artist Michael Borremans is visible. The book is believed to be Borremans’s The Badger’s Song, which features a young child seemingly covered in blood on the cover. The book includes a painting of children dancing in a circle wearing black robes and of a robed child holding a flaming severed leg. In another, a robed figure juggles a severed arm that is on fire. Another of Borremans’s paintings shows a naked boy with a severed arm. Another depicts shirtless, masked figures seemingly partaking in cannibalism.

According to the book’s publisher, Borremans is known for his “dark sense of humor and technical virtuosity,” which are “synthesized into a uniquely unsettling and endlessly fascinating experience for viewers.”

Underneath Borremans’ book appears to be a copy of The Cremaster Cycle by Matthew Barney. The book was published in 2002 while Barney’s retrospective was on display at the Guggenheim in New York City.

Barney’s Cycle “explores creation” over a five-part film. The cover photo of Cremaster 3 features a man dressed as the cremaster muscle, which lowers and raises the testis in order to control its temperature.

According to the Guggenheim, “its conceptual departure point is the male cremaster muscle, which controls testicular contractions in response to external stimuli. The project is rife with anatomical allusions to the position of the reproductive organs during the embryonic process of sexual differentiation.”

#Balenciaga at this point needs to beg for 𝗺𝗲𝗿𝗰𝘆. We need to see them address the public for these sick pedo-vore themes in their ‘23 campaign. We will bow the knee to 𝗡𝗢 𝗣𝗘𝗥𝗩𝗔𝗦𝗜𝗩𝗘 𝗦𝗢𝗖𝗜𝗘𝗧𝗬. No more sexualizing children.

Another Twitter user, Vade or @pope_head, pointed out another possible reference to a dark subject in a photo from the campaign that Balenciaga initially did not remove from its website. In the image, a young boy stands in a chaotic playroom with colored-on walls and child-sized furniture and a now-infamous bondage bear bag. The Twitter user included an enlarged shot of a roll of caution tape with the brand’s name spelled “BAALenciaga.” Baal is a Canaanite god to whom children were sacrificed.

“If the photographer slipped a CP court document in a shoot that’s one thing, but a Balenciaga factory had to print this tape. Wtf,” wrote Vade.

Balenciaga released two separate apologies on Nov. 22, condemning child abuse and vowing to take legal action against those responsible for the widely-denounced images, including “against the parties responsible for creating the set and including unapproved items.” No further explanation was offered by the brand.

Adidas, the athletic brand that collaborated with the fashion house on several of the advertised items, has not made a public statement about the controversy.

The photographer behind the Gift Shop advertisements with the fetish-gear-clad teddy bear bags made a public statement to the media on Nov. 23.

Gabriele Galimberti told Newsweek he is not responsible for the images.

“I am not in a position to comment [on] Balenciaga’s choices, but I must stress that I was not entitled in whatsoever manner to neither chose the products, nor the models, nor the combination of the same,” Galimberti told the publication. “As a photographer, I was only and solely requested to lit [sic] the given scene, and take the shots according to my signature style… As usual, the direction of the campaign and of the shooting are not on the hands of the photographer.”

Galimberti previously published a photo collection titled Toy Stories that feature children in their home surrounded by their toys.

“I suspect that any person prone to pedophilia searches on the web and has unfortunately a too easy access to images completely different than mine, absolutely explicit in their awful content,” the photographer added. “Lynching like these are addressed against wrong targets, and distract from the real problem, and criminals.”

Galimberti also said he was not involved in the Balenciaga x Adidas campaign that included the Supreme Court ruling and the art books. Those images were captured by New York City-based photographer Chris Maggio.

Maggio has not publicly addressed the backlash to the advertisements.

Balenciaga is popular among celebrities and social media influencers, some of whom have taken steps to distance themselves in the wake of the unsettling advertisements.

Bella Hadid deleted images of her modeling the Spanish brand’s spring 2023 campaign from her social media after the controversy developed.

Conversely, Kim Kardashian – who has worked with the brand repeatedly – shared a photo on Instagram on Nov. 22 wearing a pair of Balenciaga X Adidas shorts.

Twitter users are still trying to determine the identity of John Phillip Fisher — a name that appears in a framed document in the background of one of the campaign’s images. Some have pointed out that a Michigan man of that name was convicted in 2018 of molesting his granddaughter between the ages of four and 16. 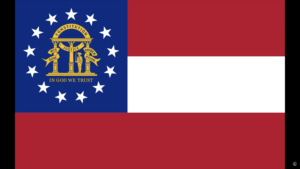