Monkees singer Micky Dolenz is suing the FBI for the records on him, the band, or any of his late bandmates.

Dolenz is the last surviving member of the group, which was secretly investigated by the FBI twice.

According to a fraction of records on the band that were released in 2011, an undercover agent attended at least one Monkees show in 1967 to look for “subliminal messaging.”

“During the concert, subliminal messages were depicted on the screen which, in the opinion of [informant’s name redacted], constituted ‘left wing intervention of a political nature,’” according to a document from the Monkees FBI file. “These messages and pictures were flashed of riots, in Berkley, anti-U.S. messages on the war in Vietnam, racial riots in Selma, Alabama, and similar messages which had unfavorable response[s] from the audience.”

Dolenz has attempted to get the rest of the file with a Freedom of Information Act request, which the agency is required to respond to within 20 days. Once that window passed without a response, a lawsuit was filed.

“This lawsuit is designed to obtain any records the FBI created and/or possesses on the Monkees as well as its individual members,” the lawsuit explains. “Mr. Dolenz has exhausted all necessary required administrative remedies with respect to his [Freedom of Information Act/Privacy Act] request.”

The Monkees’ Micky Dole… by JasonNewman

The lawsuit was filed by Mark S. Zaid, a FOIA expert and Monkees fan.

In the lawsuit, Zaid notes that when the FBI previously released records on the band, they included a description that read, “the Monkees were a U.S. pop band created for a television show of the same name in 1966. The band also toured and made record albums even after the show was cancelled. References to the band appear in two places in FBI files: a 1967 Los Angeles Field Office memorandum on anti-Vietnam war activities and a second document redacted entirely.”

The FBI infamously monitored and investigated anti-war musicians including John Lennon, the Beatles, and Jimi Hendrix.

In a statement provided to Pitchfork, Zaid said that he’s “been a Monkees’ fan [his] entire life” and is committed to holding the FBI accountable.

“FOIA is an important tool to ensure the public can learn about what our government is up to, whether involving an individual—famous or not—or a group,” Zaid wrote. “The FBI monitored musicians such as the Monkees during the tumultuous 1960s and this new lawsuit is designed to determine just how far their efforts went.” 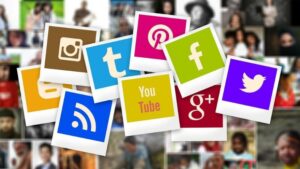