The California Age-Appropriate Design Code Act, AB 2273, would require social media companies to publish policies on how they screen and remove content, as well as details on how and when objectionable content is removed.

The bill would require default security settings to be set at a high level of privacy unless social media companies demonstrate a reason a less secure setting is in the best interests of children. It would also require data protection assessments before new features are made publicly available, as well as prohibit brokering data generated by a user under the age of 18 unless the company can show why selling that data is in the child’s best interests.

As usual, whenever we fight to protect what we care about & establish good laws—misinformation begins to circulate. #AB2273 will make the digital world safer for CA’s kids. Period. Don’t be fooled by last minute efforts from a few who oppose any regulation of the internet. (1/3) pic.twitter.com/4J5PEPZ6Ur

AB 587, a similar piece of legislation, would require social media platforms to post their terms of service and submit annual reports to the state’s Attorney General.

I hope @GavinNewsom vetoes both due to their obvious unconstitutionality 🙏

Reports filed with the AG’s office would include the current terms of service for each platform owned by the company, the content those companies monitor, and what policies they have established to address objectionable content data on violations of terms of service.

Companies in violation of this law would be subject to civil penalties.

“We believe that California has a special obligation and a special opportunity to lead on these issues,” said Jesse Gabriel, Democratic Assemblyman, and author of one of the bills. “We’re proud of our technology economy, and we know that many of the companies that these bills would regulate are homegrown California companies. But with dysfunction in Washington, D.C., we believe that California must step up and lead.”

“As a parent, you have no chance under the status quo. You have no chance,” said Republican Assemblymember Jordan Cunningham. “There’s stuff running in the background. There’s stuff influencing your kids’ minds, the very development of their brain, that you have no ability to control. Most parents are not software engineers. I can tell you as a former prosecutor, there are predators out there, and they use these tools to try to get at children. It is not right, and it is time for the tech companies to step up.”

However, some advocacy groups have raised concerns over the new laws, arguing that they violate the First Amendment.

“California has been a leader in technology development, but the legislature’s actions would give innovators yet another reason to leave the Golden State to avoid overly burdensome regulation that harms families and violates the First Amendment,” said Jennifer Huddleston, NetChoice Policy Counsel. “It’s surprising that California chose to follow the lead of states like Florida and Texas whose laws courts have already found unconstitutional. Californians, not technology companies, are the ones who will truly bear the burden of this.”

Others raise concerns that in order to enforce the legislation, companies will have to enforce age-verification.

“First, the bill pretextually claims to protect children, but it will change the Internet for EVERYONE. In order to determine who is a child, websites and apps will have to authenticate the age of ALL consumers before they can use the service. NO ONE WANTS THIS,” argues Eric Goldman, Associate Dean for Research and Professor of Law at Santa Clara University School of Law. “It will erect barriers to roaming around the Internet. Bye bye casual browsing. To do the authentication, businesses will be forced to collect personal information they don’t want to collect and consumers don’t want to give, and that data collection creates extra privacy and security risks for everyone.” 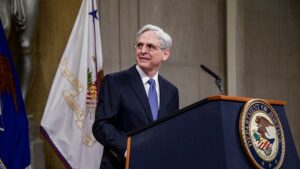