Documents were obtained through discovery in lawsuit brought against the government

The newly released documents were obtained through the process of discovery, requiring certain material to be turned over to state authorities.

Bailey’s office said the new disclosures “hard evidence that President Biden’s Administration has been working with social media to suppress free speech” in a Twitter post on Jan 9.

PART TWO: Our office has even more hard evidence that President Biden’s Administration has been working with social media to suppress free speech. (1/10) 🧵

A document provided by Bailey shows an email from White House Digital Director Rob Flaherty telling a Facebook employee that the Biden administration is “particularly interested in your demotion efforts” for vaccine-related content the White House found objectionable.

“Not to sound like a broken record, but how much content is being demoted, and how effective are you at mitigating reach, and how quickly?” Flaherty asks, before directly pressuring the social media giant to limit the reach of user content. “As I’ve said, I don’t think our position is that you should remove vaccine hesitant stuff. However, slowing it down seems reasonable.”

Flaherty, in a separate communication a month prior, sought to have Facebook remove a COVID-19 vaccine video from Fox News host Tucker Carlson that raised concerns about the vaccines’ efficacy. Facebook replied, stating that the video “does not qualify for removal,” but that the video would be tagged with a link to government-approved COVID information, would not be recommended to people, and was being demoted.

Bailey’s office, along with the Louisiana Attorney General, originally filed the lawsuit against the Biden administration on May 5, 2022. A motion for discovery was granted on July 12, which paved the way for state authorities to access documents from the administration and social media companies.

Other documents show Flaherty pressuring Twitter to censor speech with which the White House disagreed.

The Missouri AG’s Office calls these actions violations of the First Amendment and says it is pursuing legal action to protect U.S. constitutional liberties.

“I want to protect Missourians and the freedoms they enjoy, which is why as Attorney General, I will always defend the Constitution. This case is about the Biden Administration’s blatant disregard for the First Amendment and its collusion with Big Tech social media companies to suppress speech it disagrees with,” Bailey said in a Jan. 9 statement. “I will always fight back against unelected bureaucrats who seek [to] indoctrinate the people of this state by violating our constitutional right to free and open debate.” 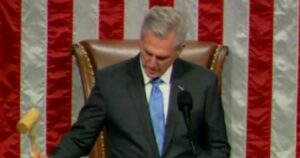