The bill will remove $72 billion in IRS funding from the Inflation Reduction Act (IRA).

“Our first bill will repeal funding for 87,000 new IRS agents, because the government should be here to help you, not go after you,” said House Speaker Kevin McCarthy upon taking the gavel on Saturday.

The concise bill states that it will “rescind certain balances made available to the Internal Revenue Service.”

“Our bill leaves in place funding for customer service and IT improvements because IRS is in desperate need of reform, but it protects middle-class families from audits they cannot afford,” Smith said.

Fox reports that “the Inflation Reduction Act granted an $80 billion boost to the IRS over a 10-year period, and more than half of those funds were aimed at helping the agency crack down on tax evasion. In 2021, the Treasury Department estimated that $80 billion would be used to hire 87,000 auditors and other new staff. Republicans have said they would fight this aggressive expansion that would more than double the agency’s current size.”

Before becoming Speaker, McCarthy had vowed that stopping the massive bump in IRS agents would be his first order of business.

“On the very first day, we’ll repeal the 87,000 new IRS agents because we think the government should be there to help you, not to go after you,” McCarthy told Fox News before the midterm elections.

The bill is less likely to pass the Senate, and the White House has said that President Joe Biden will veto it if it passes across his desk.

“With their first economic legislation of the new Congress, House Republicans are making clear that their top economic priority is to allow the rich and multi-billion dollar corporations to skip out on their taxes, while making life harder for ordinary, middle-class families that pay the taxes they owe,” the White House statement said. 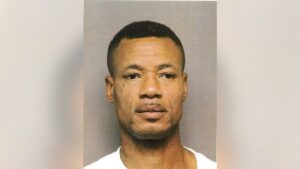