Mission Impossible? Biden’s Afghanistan Disaster Is Too Big To Spin

The Biden administration, the Pentagon, and the State Department have failed the American people. The 46th President’s tenure may be indeed historic, but for all the wrong reasons. Biden’s clear lack of interest in fulfilling his Constitutional obligation to promote the general welfare and provide for the common defense of Americans is on full display with his choices in Afghanistan. Has an administration ever left behind so many Americans following a military withdrawal? Has a president ever left behind so much military hardware, ranging from uniforms to firearms to C-130s, to a hostile occupying force? Has an American leader ever managed to anger so many veterans, their families, and allies in an international conflict?

Several misfires have marked Biden’s disastrous withdrawal. First, Biden claimed in a speech that the withdrawal from Afghanistan was a success while hundreds of Americans are left behind with no plan in sight to get them home. Everyone from the 24 students attending Sacramento public schools to the translator who saved Biden’s life in 2008 have been stranded and abandoned by the administration. Just yesterday Voice of America aired an interview with a pregnant American citizen who is estimated to be one of the “100 to 200 Americans who remain trapped there”. The New York Post summed up Biden’s botched policy in a single word: Dumkirk, alluding to the miraculous evacuation of Dunkirk executed by British Prime Minister Winston Churchill in the Second World War. Retired General David Petraeus, who commanded U.S. forces in Afghanistan, referred to the situation as a “Dunkirk moment.” The current situation has been compared to the Fall of Saigon, in which South Vietnamese who assisted the U.S. sought to evacuate for fear of being killed by communist forces. It has also been compared to the 1979-80 hostage crisis in Iran, and Biden has invited comparisons to Jimmy Carter. Afghanistan manages to be far worse as U.S. citizens were knowingly left behind enemy lines.

Then there’s his condescending interactions with Gold Star parents of the thirteen Marines killed in the August Kabul airport attack. His approach — “Hey, I’m just like you because my son was also in the military and also died” — prompted scathing criticism from the Gold Star parents. William McGurn, a former speechwriter for George W. Bush, wrote that “Mr. Biden is not a Gold Star father and should stop playing one on TV” in a column for The Wall Street Journal. To add insult to injury, Biden repeatedly checked his watch during the Dover memorial service — not exactly inconsistent with a guy who called troops “stupid bastards” to their face in 2016.

Biden’s lack of preparedness has had other consequences on the world stage. The British Parliament voted to hold Joe Biden in contempt. Former Prime Minister Theresa May stated: “Was our understanding of the Afghan government so weak? Was our knowledge of the position on the ground so inadequate? … Or did we just feel that we have to follow the United States and hope that, on a wing and a prayer, it would be all right on the night.” A Conservative member of Parliament, Tom Tugendhat, had this to say about Biden: “To see [Biden] call into question the courage of men I fought with, to claim that they ran, is shameful. Those who have never fought for the colours they fly should be careful about criticising those who have.” The United Kingdom is not alone in its frustration with the Biden administration: conventional wisdom surrounding Canada’s upcoming snap election has been entirely scrambled due to bipartisan condemnation of Prime Minister Trudeau’s lack of a plan. Will America’s allies trust us again?

Somehow a Chuck Lorre sitcom broadcast on CBS four months before the fall of Kabul managed to upstage the foreign policy experts in Foggy Bottom and the top brass at the Pentagon. Chuck Lorre’s The United States of Al depicts the challenges facing Awalmir Karimi, an Afghan translator who moves to the U.S. “Al”, as he is nicknamed, adjusts to life in America as he lives with his American former comrade-on-the-battlefield, a U.S. Marine, and the Marine’s family. In an era in which, as Reagan put it, “patriotism is no longer the style”, The United States of Al stands out as an exception to the rule. The series highlights the struggles of a refugee and offers a subtle, implicit defense of the American way of life. Of course, as you might expect, the woke blue-check Twitter cancellation enthusiasts lambasted the show before it even premiered. That being said, the show has made a painstaking effort to depict the Afghan community positively, and several episodes end with a PSA about the hardships of real-life translators whose lives are in danger. With the crisis that unfolded in the way it did, the show might be uniquely poised to depict the effects of the impending disaster in a format accessible to a wide audience. How did the State Department — the organization nominally obliged to protect American interests — get pre-empted by the creators of The Big Bang Theory?

Afghanistan is far from Biden’s only concern as various problems go unaddressed. There’s also an ongoing border crisis, inflation, and high fuel prices affecting the purchasing power of America’s middle and working class. As it is today, Americans are going to be checking their watches and their calendars for the next midterm on November 8, 2022 and the upcoming presidential election on November 5, 2024. 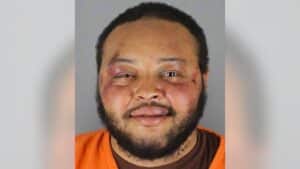