Mike Pompeo, the former director of the Central Intelligence Agency, has been formally served with a lawsuit alleging that he violated the Fourth Amendment rights of lawyers, journalists, and friends who visited WikiLeaks founder Julian Assange while he was protected with asylum in the Ecuadorian Embassy.

Pompeo was served during the John Ashbrook Memorial Dinner in Ohio on October 29.

Mike Pompeo has been served with a lawsuit brought by US lawyers and journalists who visited #Assange. Spanish court documents show violations of their US constitutional rights. Plaintiffs are represented by NY attorney Richard Roth. pic.twitter.com/ZH4HVOPnlo

“Each of the named plaintiffs, and hundreds of others, visited WikiLeaks founder Julian Assange while he was living under political asylum at the Embassy of the government of Ecuador in London, United Kingdom. Prior to their visits each visitor was required to surrender his or her electronic devices, e.g. smartphones, laptops etc. to employees of Defendant Undercover Global (hereinafter ‘UC Global’),” the lawsuit alleges.

This journalist can confirm that when visiting Assange, I was asked to provide serial numbers for my devices and leave them at the window. Instead, I left my phone in my hotel room. (You can read more about my final visit here.) 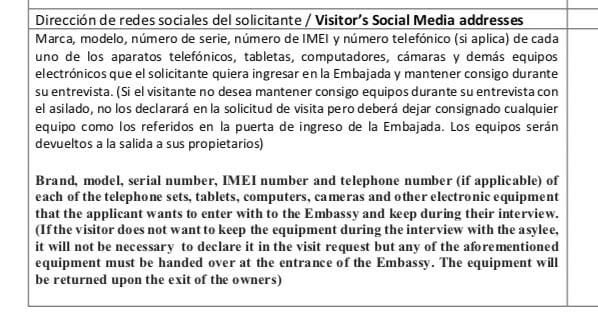 Demands I was sent as a visitor

“Unbeknownst to each of those visitors, including Plaintiffs and without their consent, employees of UC Global, acting without the knowledge of the Ecuadorian government, copied the information stored on the devices. UC Global then provided that information to the Defendant United States Central Intelligence Agency (‘CIA’) then headed by Defendant Michael Pompeo. These actions were authorized and approved by Defendant Pompeo,” the lawsuit continues. “While the named Plaintiffs initiate this action, the practices complained of violate the rights of well over 100 American citizens who visited Assange at the Ecuadorian Embassy in London, England (‘Embassy’) during his sanctuary, including attorneys who were then representing him, journalists there to interview him, and even doctors who were then treating him, each of whom have a privileged and confidential connection to the asylee and other clients, sources and patients, some of whose confidential information was stored on their electronic devices.”

The publisher’s wife, Stella Assange, told Timcast that Pompeo is still evading being served a subpoena from the Spanish High Court over a plot to murder Julian.

“I am sure many millions of Americans will share my satisfaction seeing Mike Pompeo be served with a lawsuit. Pompeo is still evading a subpeona from the Spanish High Court over his plot to kidnap and murder my husband,” Stella Assange told Timcast.

Julian Assange has been held at Belmarsh prison in London since April 2019, as the US government works to extradite him. He is currently facing charges under the Espionage Act for publishing the Iraq and Afghan War Logs.

If convicted, Assange could face a maximum sentence of 175 years in prison for publishing the leaked materials. 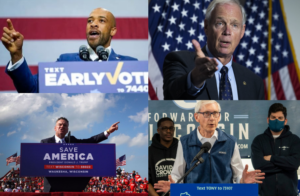