Poland’s decision to erect a fence on its border with Russia has been denounced by a migrant organization.

The country began constructing a fence along the 130-mile border near Kaliningrad after citing concerns about potential future illegal crossings. The fence is about eight feet high and is buried several feet underground. It will be equipped with electronic surveillance equipment.

Polish National Defense Minister Mariusz Blaszczak said at a press conference on Nov. 2 that “a recent decision by Russia’s aviation authority to launch flights from the Middle East and North Africa to Kaliningrad” prompted him to authorize the fence’s construction to seal the border, per Time Magazine.

“Due to the disturbing information regarding the launch of flights from the Middle East and North Africa to Kaliningrad, I have decided to take measures that will strengthen the security on the Polish border with the Kaliningrad oblast by sealing this border,” Blaszczak said.

He added the construction of a border fence “prevented a hybrid attack from Belarus or significantly slowed down this attack.”

In the fall of 2021, migrants from Middle Eastern countries gathered on the Belarusian side of the border having been told by Belarusian officials that they would be able to access the European Union by crossing into Poland. The government reportedly transported migrants who arrived in Minsk to the border. The situation intensified over several weeks, with several violent clashes between migrant men and Polish law enforcement.

According to an August report from Poland’s National Security Department, a new wave of migrants from sub-Saharan Africa have been attempting to enter Poland through Belarus.

“Europe, our common home, is threatened. At this very moment, a hybrid war is taking place on the Polish-Belarusian border which Alexander Lukashenko, with the backroom support of Vladimir Putin, has declared against the entire European Union,” said Polish Prime Minister Mateusz Morawiecki, per Breitbart.

Svetlana Gannushkina, the chairperson of the Civic Assistance Committee and chief of the migration rights network of ‘Memorial,’ denounced the Poland border fence. While speaking with The Mirror, she said that “building the fence will cause more troubles”.

Gannushkina said the Polish government’s actions are “inhumane and against international law and human rights” and stated she believes borders are “just in our heads.”

“While the acceptance of refugees is moving forward positively, the rejection of them is unlawful,” she added.

Others have joined Gannushkina in her opposition to the border barrier.

A new commentator for the Rzeczpospolita newspaper also argued the fence could have an environmental impact. Zuzanna Dabrowska said the razor wire at the top of the barrier could hurt both people and animals who try and cross it, per ABC News.

The Polish side of the border near Kaliningrad is currently only protected by border guards. The border fence is expected to be completed by 2023. 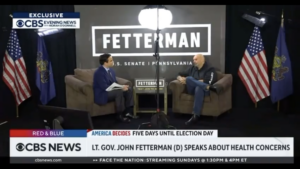