The Chinese government required Bing to shut down its auto-suggest function for the second time since December.

The company announced the change on its Chinese search site. The Microsoft subsidiary said the order came from a “relevant government agency” and will last seven days.

The company did not give an explanation for the suspension. Microsoft has not released a statement addressing the situation.

In December 2021, Bing had to suspend its auto-suggestion function for 30 days following a request from the Chinese government.

“Bing is a global search platform and remains committed to respecting the rule of law and users’ right to access information,” Bing said in its statement.

Bing was scrutinized in June of 2021 when a famous photo of “Tanks Man” was not available on the search engine just after the anniversary of the Tiananmen Square protest and massacre of 1989.

At the time, Microsoft said “human error” was responsible for the issue, per Windows Central.

Chinese Bing users noticed the auto-suggested was no longer functional on March 19. The country has implemented a number of regulations in the last year that have restricted the operations of technology companies.

“Internet companies in China have been hit over the past year by a regulatory crackdown that has imposed fresh curbs on areas from content to customer privacy,” reports Reuters. “In August, Beijing’s top cyber regulator published draft rules dictating how internet platforms can and cannot make use of algorithms.”

While Microsoft continues to operate Bing in China, the company had struggled to retain its digital presence in the country.

In October, the company announced it would shut down Linkedin due to China’s “significantly more challenging operating environment.” The business-oriented social media platform has been operational in China since 2014.

In its statement, Microsoft said the site would be relaunched as InJobs and host only job listings and applications.

“While we strongly support freedom of expression, we took this approach in order to create value for our members in China and around the world. We also established a clear set of guidelines to follow should we ever need to re-evaluate our localized version of LinkedIn in China,” the company said. “This strategy has enabled us to navigate the operation of our localized version of LinkedIn in China over the past seven years to help our members in China find a job, share and stay informed.” 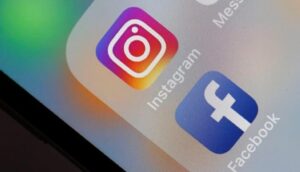