A court in Moscow has designated Facebook’s parent company Meta as an “extremist organization,” despite the company’s attempt to have the charge dismissed.

What’s App, which is also owned by Meta, will get an exception.

The court’s determination was based on Facebook’s decision to allow calls for violence against Russian soldiers and leaders, though the company has since backtracked on that decision.

“As a result of the Russian invasion of Ukraine, we have temporarily made allowances for forms of political expression that would normally violate our rules like violent speech such as ‘death to the Russian invaders.’ We still won’t allow credible calls for violence against Russian civilians,” a Meta spokesperson said in a statement last month.

Meta’s lawyer, Victoria Shagina, had argued in court that the company was not engaged in extremist activities and stood against Russophobia, Reuters reported, citing Interfax.

Russia’s Foreign Ministry said in a statement at the beginning of the month that there should be a system created to hold western tech giants responsible for the so-called incitement.

“A criminal case has been initiated … in connection with illegal calls for murder and violence against citizens of the Russian Federation by employees of the American company Meta, which owns the social networks Facebook and Instagram,” said Russia’s Investigative Committee.

“We are now narrowing the focus to make it explicitly clear in the guidance that it is never to be interpreted as condoning violence against Russians in general,” Meta global affairs President Nick Clegg wrote on the company’s internal platform.

“We also do not permit calls to assassinate a head of state. … So, in order to remove any ambiguity about our stance, we are further narrowing our guidance to make explicit that we are not allowing calls for the death of a head of state on our platforms,” Clegg added.

Russian state-owned media TASS reports that the judge “stressed that the corporation’s social networks strongly influence public opinion, and the company itself created an ‘alternative reality’ in which hatred for the Russians was incited,” according to a translation.

The report says that the prosecutor’s office also worked “in connection with the military operation in Ukraine” and allowed “more than 4.6 thousand fakes about the actions of the Russian military and over 1.8 thousand calls for participation in uncoordinated actions were posted on Instagram.”

“Individuals and entities using Meta products, including Facebook and Instagram, will not be held liable for extremism. The head of the State Duma Committee on Information Policy, Information Technologies and Communications, Alexander Khinshtein, previously stated that Russians, who are minority shareholders of an American corporation, would not be considered accomplices of extremists,” the report added.

Timcast has reached out to Facebook for comment on the decision and will update this article if one is provided. 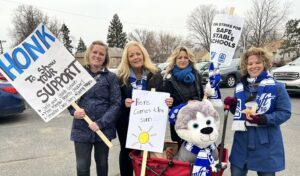