'Every Individual Has A Fundamental Right To Reproductive Freedom'

Michigan’s Proposal 3 would grant children the right to seek puberty blockers without parental consent, according to a Wednesday report.

The measure, formally called as the “Reproductive Freedom for All” amendment, attempts to codify Roe v Wade into the state constitution though reportedly includes language encompassing “every individual” — which appears to include minors regardless of gender. Michiganders, including children, may also qualify for puberty blockers under the guise of “gender affirming care” from home via telehealth, according to the Federalist.

“Every individual has a fundamental right to reproductive freedom, which entails the right to make and effectuate decisions about all matters relating to pregnancy, including but not limited to prenatal care, childbirth, postpartum care, contraception, sterilization, abortion care, miscarriage management, and infertility care,” the proposal’s language reads. “An individual’s right to reproductive freedom shall not be denied, burdened, nor infringed upon unless justified by a compelling state interest achieved by the least restrictive means.”

In less than one month, voters in Michigan will decide whether boys and girls have a constitutional right to puberty blockers, castration/hysterectomies w/ or w/o parental consent–they just don't know it b/c Planned Parenthood is hiding truth. @FDRLST https://t.co/fqAFHUrmGf

The proposal further reads “the state shall not discriminate in the protection or enforcement of this fundamental right,” which the Federalist’s Senior Legal Correspondent Margot Cleveland cites would define adults and children regardless of gender as “individuals.”

“A state interest is ‘compelling’ only if it is for the limited purpose of protecting the health of an individual seeking care, consistent with accepted clinical standards of practice and evidence-based medicine, and does not infringe on that individual’s autonomous decision-making,” the proposal states.

Current Michigan law requires minors to acquire consent from parents to receive medical care including prescription medicine. Females under 18 are required to provide written consent from a parent or legal guardian in order to obtain an abortion though she may receive a “judicial bypass” from a judge determining the minor is mature enough to decide to seek abortion. Prop 3 appears to remove the requirement for a minor to seek parental consent or judicial bypass.

Like abortion, Michigan minors may not seek medical gender transition surgery or medication without parental consent, a stipulation the proposition also appears to remove.

Proponents of medical gender transition cite puberty blockers as a means to slow their maturation process preventing minors from developing necessary sexually dimorphic characteristics which in turn renders a minor temporarily infertile. The language also allows for sterilization via the removal of reproductive organs via castration, hysterectomy and ovary removal, the outlet noted.

Introducing cross-sex hormones to children with immature gonads as a direct result of pubertal blockade is expected to cause irreversible sterility. Sterilization is also permanent for those who undergo surgery to remove reproductive organs[.] … For these reasons, the decision to pursue a course of hormonal and surgical interventions to address a discordance between an individual’s sex and sense of gender identity should not be presented to or determined for children who are incapable of comprehending the negative implications and life-course difficulties resulting from these interventions.

Michiganders will decide the fate of the measure during midterm elections next month. 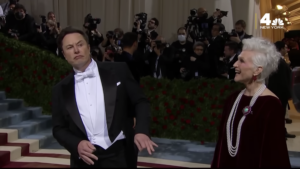