'The Finest Fragrance On Earth'

On Tuesday Elon Musk announced he was selling Burnt Hair scented cologne through the Boring Company.

The cologne marketed as Burnt Hair by Singed with the tagline “The Essence of Repugnant Desire” was speculated as a future promotional item sold by Musk’s side-project, the Boring Company, after a password-protected preorder page for the product appeared on the company website earlier this week, Teslarati reported. The product will reportedly ship in the first quarter of 2023 and retails for $100.

Musk called the product the “finest fragrance on Earth!” in a Tuesday tweet.

“And you can pay with Doge!” Musk continued. The billionaire wrote in a series of tweets, “An omnigender product … BE the change you want in the world! … Doesn’t get more lit than this!”

“With a name like mine, getting into the fragrance business was inevitable – why did I even fight it for so long!?” Musk said earlier Tuesday, appearing to note the popular meme of the billionaire’s last name referencing a strong scent.

Users have poked fun at Musk’s last name, suggesting it as a cologne named “Elon’s Musk.”

Elon Musk sounds like a cologne I would have bought for my dad in a drugstore in 1973.

As of Wednesday morning, Musk has added “perfume salesman” to his Twitter bio.

Musk created the Boring Company in 2016 as an infrastructure and tunnel construction service citing Los Angeles’ traffic as the inspiration for its inception. The company runs promotional sales, including Boring Company hats in late 2017. Musk appeared to jokingly suggest the company would begin selling flamethrowers after selling out of Boring Company’s hats, which were capped at 50,000 units.

After 50k hats, we will start selling The Boring Company flamethrower

The billionaire followed up on his promise by releasing the Boring Company’s “not-a” flamethrower in early 2018.

“When the zombie apocalypse happens, you’ll be glad you bought a flamethrower. Works against hordes of the undead or your money back!” Musk said while advertising the product. Similar to Burnt Hair by Singe, the billionaire released a string of tongue-in-cheek tweets saying, “The rumor that I’m secretly creating a zombie apocalypse to generate demand for flamethrowers is completely false,” and later clarified, “you’d need millions of zombies for a so-called ‘apocalypse’ anyway. Where would I even get a factory big enough to make so many!?”

Selling at $500 each, Musk announced each flamethrower would ship with a complimentary fire extinguisher, seemingly for legal reasons. Shortly after the flamethrower went on sale, Musk announced they had sold out of the project which was capped at 20,000 units garnering $10 million in sales.

The billionaire is likely slated to secure his purchase of Twitter after initially offering to purchase the company in April for $44 billion though will face the social media company in court on Oct. 17. 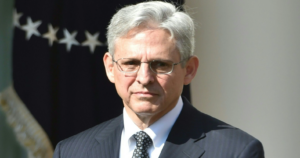