Michigan could place a temporary moratorium on its gas tax for six months pending a signature from Governor Gretchen Whitmer.

The Senate voted on March 15 to pass a bill that would cut the 27-cent per gallon tax beginning on April 1 until Sept. 30.

“Under the bill, beginning April 1, 2022, through September 30, 2022, the tax rate on motor fuel would be zero cents per gallon. In making the determination for the annual adjustment of the motor fuel tax, the Department could not consider this decrease; however, the increased rate prescribed above would not apply while the zero cents-per-gallon rate applied,” states the bill.

Whitmer had previously supported an effort to suspend the federal gas tax for the remainder of 2022. She co-signed a letter to Congressional leaders on March 8 urging them to end the 18-cents-per-gallon tax to help Americans save money “for groceries, childcare, rent, and more.”

In addition to Whitmer, the letter was signed by Governors Jared Polis of Colorado, Tim Waltz of Minnesota, Tom Wolf of Pennsylvania, Michelle Lujan Grisham of New Mexico, and Tony Evers of Wisconsin.

Her office has not said if she intends to support or veto her state’s proposed gas tax moratorium.

While many legislators want to take action in the wake of gas prices, Michigan lawmakers disagree on the best course of action.

Michigan’s House Fiscal Agency estimated the state would lose $725 million of revenue if Whitmer signed off on the bill.

Republican House Speaker Jason Wentworth said, given Whitmer’s support for repealing a federal gas tax, she should support similar efforts made in her own state. He and other Republicans have said revenue loss could be supplemented by increasing the state’s surplus funding.

“Why in the world would we write a letter to Congress asking for lower gas prices somehow, someday when we can just step up and fix it ourselves?” Wentworth said in a statement. “Michigan has billions of dollars in surplus revenue available and one of the nation’s highest state fuel taxes. The solution here isn’t complicated.”

“Michigan families need real solutions, not phony leadership,” he added. “Rejecting our income tax cut and passing the buck to Washington, D.C. here doesn’t solve a thing. The governor keeps saying she wants to cut taxes, but I’m not sure she’s actually willing to do it. I guess we’ll find out soon.” 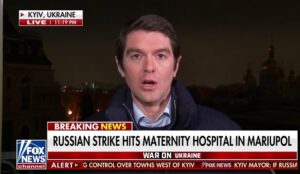