Fox News correspondent Benjamin Hall is awake and “in good spirits” after being seriously injured while reporting in Ukraine.

The vehicle the Fox News crew was traveling in was struck by incoming fire in Horenka, outside Kiev. Further details about the incident have not been made public at this time.

According to Fox News, Hall has been safely transported out of Ukraine as of Wednesday after being hospitalized since Monday.

“Ben is alert and in good spirits. He is being treated with the best possible care in the world and we are in close contact with his wife and family,” Fox News CEO Suzanne Scott wrote in a memo obtained by Axios.

“Please continue to keep him in your prayers,” Scott added.

Hall, a British national and State Department reporter, has previously reported from Syria, Iraq, Afghanistan, and Gaza. He recently relocated from London to Washington, DC.

The news of the deadly attack came one day after award-winning American filmmaker and journalist Brent Renaud was killed in a suburb of Kiev while on assignment from Time Studios working on a “project focused on the global refugee crisis,” according to a statement from the company.

Kuvshynova, 24, was a Ukrainian journalist who was assisting Fox with their coverage on the ground.

This is #OleksandraKuvshynova Ukrainian “fixer”, person who has local knowledge, contacts, etc & acts as guide for journos & others, who was also killed alongside US journo from #Fox. Only hearing her presence & name today, which is another heartless act on our 🇺🇸 part. 💔 https://t.co/4hPkfDCMfX

Zakrzewski, 55, has had a long and celebrated career covering warzones.

“It is with great sadness and a heavy heart that we share the news this morning regarding our beloved cameraman Pierre Zakrzewski,” Scott said in a statement about the death of their veteran cameraman.

I don’t know what to say. Pierre was as good as they come. Selfless. Brave. Passionate. I’m so sorry this happened to you. pic.twitter.com/IvxlPWGDAl

“Pierre was a war zone photographer who covered nearly every international story for FOX News from Iraq to Afghanistan to Syria during his long tenure with us,” she added. “His passion and talent as a journalist were unmatched. Based in London, Pierre had been working in Ukraine since February.”

“His talents were vast and there wasn’t a role that he didn’t jump in to help with in the field — from photographer to engineer to editor to producer — and he did it all under immense pressure with tremendous skill,” Scott continued. “He was profoundly committed to telling the story and his bravery, professionalism and work ethic were renowned among journalists at every media outlet. He was wildly popular – everyone in the media industry who has covered a foreign story knew and respected Pierre.”

Fox News reports that “last year, he played a key role in getting Afghan freelance associates and their families out of the country after the U.S. withdrawal, Scott said. In December at Fox News’ annual employee Spotlight Awards, Pierre was given the ‘Unsung Hero’ award ‘in recognition of his invaluable work,’ she added.” 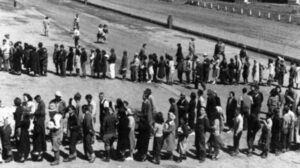 Canceling a Culture is Not The Answer: Lessons From Manzanar