Michigan Board Deadlocked on Abortion Amendment

An abortion rights amendment failed to receive certification after the Michigan Board of State Canvassers deadlocked, 2-2.

Groups supporting the bill will now need to petition the state’s Supreme Court to overrule the board’s decision in order to give voters the chance to decide if abortion will remain legal in Michigan.

The bipartisan board voted along ideological lines with the two Republican members voting against and the two Democrats voting for the measure.

Pro-abortion activists gathered over 750,000 signatures in support of the measure appearing on the ballot. In August, the Michigan Bureau of Elections was able to verify over 425,000 signatures and recommended the measure be certified.

Known as the Reproductive Freedom for All ballot measure, the proposed amendment would guarantee a “fundamental right to reproductive freedom” in the Michigan state Constitution. The measure would include the right to abortion, contraception, sterilization, prenatal care, postpartum care, and infertility care as well as medical care in the event of a stillbirth or miscarriage.

Ahead of the Aug. 31 vote, the Canvassers Board debated the relevance of typos in the petition.

Proponents of the measure say the board doesn’t have the authority to reject the proposal by claiming the petition was not adaptable in its current form.

“If you do this, you are setting a precedent that you can disapprove petitions for made-up reasons without any basis in the statute,” ballot measure sponsor Steve Liedel told the board. “That’s not faithful to the text of the Michigan election law.”

“If the measure is ultimately approved in court, Michigan will be one of five states with abortion-related measures on the ballot in November,” reports Forbes. “California and Vermont also have ballot initiatives that will add language protecting abortion rights to their state constitutions, while Kentucky’s amendment will amend the Constitution to state abortion rights are not protected if approved.”

Groups that want to see the amendment on the ballot in November have seven business days to file a motion with the Michigan Supreme Court. 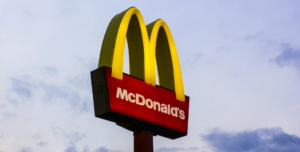