A new bill in California that would give a council the power to set pay and workplace standards for fast-food chains has angered the president of McDonald’s United States operations.

The state Assembly voted to pass Assembly Bill 257 – Fast Food Accountability and Standards (FAST) Recovery Act – which created a 10-person council tasked with negotiating industry standards and compensation for workers at fast-food restaurants with at least 100 locations nationwide. Council members would be a mix of workers, employers and government appointees.

The bill would set the hourly minimum wage for fast-food workers to $22 beginning in 2023.

Joe Erlinger, the president of McDonald’s USA, published an open letter on Aug. 31 saying the FAST Act will not help all workers and, instead, allows the government to pick “winners” and losers.”

“California’s approach targets some workplaces and not others. It imposes higher costs on one type of restaurant, while sparing another,” wrote the executive. “That’s true even if those two restaurants have the same revenues and the same number of employees… Even more mystifying, the legislation excludes certain restaurants that bake bread. I can only conclude this is the outcome of backroom politicking.”

Erlinger notes that $22 an hour is a 40% increase on the state’s current hourly wage.

“Aggressive wage increases are not bad. McDonald’s, for instance, operates very successfully in high wage environments across the country and around the world, and in places that require more than $22 in all restaurants,” he wrote. “But if it’s essential to increase restaurant workers’ wages and protect their welfare – and it is – shouldn’t all restaurant workers benefit?”

Approximately 10% of McDonald’s locations in America are in California.

Erlinger warned California’s fast-food board that the bill has been suggested as a possible model for other states by the policy’s proponents.

The National Restaurant Association also opposed the FAST Act and spent $140,000 lobbying against the bill.

“The FAST Act isn’t going to achieve its objective of providing a better environment for the workforce, it’s going to force the outcomes our communities don’t want to see,” said Michelle Korsmo, the organization’s president, told CNBC.

“It will be effective because it gives employees and franchisees a voice and setting the rules and it creates a structure in which all stakeholders have a venue to collaborate on workplace solutions,” said Durazo, per The Sacramento Bee.

The bill has been sent to Governor Gavin Newsom for his signature. 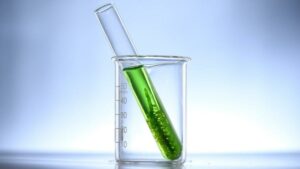