Five gun manufacturers in the United States are being sued by the Mexican government for allegedly trafficking weapons to drug cartels.

The suit was filed in a federal district court in Arizona on Oct. 10. The Mexican government claims guns sold by the companies to someone on someone else’s behalf in the US have been linked to criminal activity across the border.

“We are suing them because clearly there is a pattern, we contend that it is obvious that there is weapons trafficking and that it is known that these guns are going to our country,” said Foreign Affairs Secretary Marcelo Ebrard, per Fox News.

According to a statement from the government, the named gun dealers “routinely and systematically engage in the illicit trafficking of weapons, including of military-style weapons.”

The government is asking the companies to adopt preventive measures that would prevent gun trafficking, monitor weapons sales, and potentially pay damages.

“There is traceability information that shows that weapons that have been found in criminal scenes in Mexico were sold by those corporations we’re suing today,” Mexican government legal advisor Alejandro Celorio told Reuters.

This is the second lawsuit filed against American gun makers by Mexico this year.

In September, Mexican officials filed a lawsuit in a Boston Court against US-based gun manufacturers alleging they contributed to violence through the sales of weapons. The government was seeking $10 billion. The suit was dismissed by Judge F. Dennis Saylor, who said the gun manufacturers were protected under the Protection of Lawful Commerce in Arms Act of 2005.

“While the court has considerable sympathy for the people of Mexico, and none whatsoever for those who traffic guns to Mexican criminal organizations, it is duty-bound to follow the law,” Saylor wrote, per MassLive.

The Bureau of Alcohol, Tobacco, Firearms, and Explosives reports that between 2014 and 2019, Customs and Border Patrol “seized an annual average of 115 firearms at the border, and in the first 10 months of fiscal year 2020, CBP increased outbound inspection at some ports of entry and seized 321 firearms.”

In April of 2020, ATF launched Operation Southbound – an inter-agency operation to disrupt gun trafficking to Mexico. 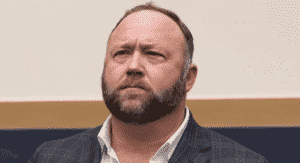