Former First Lady Melania Trump has made a “special arrangement” to share exclusive content on the social media platform Parler, according to a press release from the company.

“Mrs. Trump and Parler have found synergy in the shared desire to embrace Web3 technology. As part of the synergistic relationship, Mrs. Trump will share exclusive communications on Parler,” the company announced on Wednesday.

Mrs. Trump is selling NFTs to raise money to support children that are aging out of the foster care system. Her first NFT was a watercolor of her blue eyes painted by artist Marc-Antonie Coulon. She has been sharing news and updates about the endeavor on her Parler account.

“I am excited and inspired by free speech platforms that give direct communication to people worldwide.  Parler has been on the forefront of utilizing Web3 technology and empowers its users to foster productive discourse,” the former First Lady said in a statement.

“In the time that Parler and Mrs. Trump have been working together, we have found a new level of productivity and engagement with both her, her team, and her brand,” Farmer said. “Parler is excited to take this step forward with her and continues to build out its product offering to support her professional evolution as one of the world’s leading icons.”

Like Parler, Truth Social promises to “fight back against Big Tech” and “encourages an open, free, and honest global conversation without discriminating against political ideology.” The app appears to have a setup similar to Twitter and includes functions like replies, retweets, faves, and sharing.

Trump has been banned from most mainstream social media platforms, including Twitter, since the protest at the Capitol on January 6, 2021.

Truth Social will be partnering with the video-sharing site Rumble, which will provide the video and streaming services for the platform. 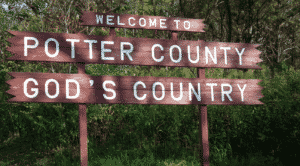