Nunes had held the office for nearly 20 years.

“I was presented with a new opportunity to fight for the most important issues I believe in. I’m writing to let you know I’ve decided to pursue this opportunity, and therefore I will be leaving the House of Representatives at the end of 2021,” Nunes told his constituents in letter in December.

The platform promises to “fight back against Big Tech” and “encourages an open, free, and honest global conversation without discriminating against political ideology.”

Notably, the platform is not being marketed as a “free speech alternative,” like so many others have, but appears to instead be focused on not censoring people for political ideas. The distinction is important, as platforms like GETTR have come under fire for being as heavy with bans as Twitter, while claiming to be the opposite.

The app appears to have a set up similar to Twitter, and includes functions like replies, retweets, faves, and sharing.

Trump has been banned from most mainstream social media platforms, including Twitter, since the protest at the Capitol on January 6, 2021.

“Following the announcement of the launch date circulating online, shares of Digital World Acquisition Corp., the special purpose acquisition company (SPAC) set to merge with Trump Media & Technology Group, jumped more than 20%. At 3 p.m., shares of DWAC were trading at $48.69; by the market’s closing, they had reached $60.27,” Mediaite reports.

Truth Social will be partnering with video-sharing site Rumble, which will provide the video and streaming services for the platform.

The app is currently available for pre-order. 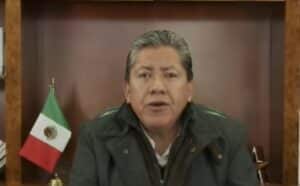