"The Civilian Climate Corps will put people back to work!"

A group of 80 Congressional Democrats pushed for the creation of a ‘Civilian Climate Corp’ this week with funding provided by the sweeping $3.5 trillion budget making its way through the US Capitol.

The lawmakers sent a passionate plea to leaders Nancy Pelosi and Chuck Schumer.

“The United States experienced 22 billion-dollar weather and climate disasters in 2020, shattering the previous annual record of 16 events. 2020 was the worst fire season on record, burning over 10.2 million acres and costing over $16 billion in damages and $3 billion in suppression costs. The U.S. experienced a record-breaking 30 named tropical cyclones, 7 of which became billion- dollar disasters—also a new record.1 Nearly half of the U.S. has been in a drought since 2021 began, amplified by dangerous heatwaves with record breaking temperatures. Climate disasters continue to increase in number and strength,” write the legislators.

“At the intersection of the COVID-19 pandemic unemployment crisis and the impacts of a warming climate, we have a historic opportunity to make bold investments in our public lands, clean energy, and climate resiliency, all while creating good-paying jobs, building a diverse workforce, and strengthening career pathways. It is in the spirit of this conviction and dedication that we write to express our strong support for funding a Civilian Climate Corps in the upcoming reconciliation package,” they added.

“The Civilian Climate Corps will put people back to work, train a new workforce for long term careers, and support local economies. After historic levels of job loss due to COVID-19, this bold investment in jobs is a bipartisan priority. Recent polling shows that 77% of likely voters support the concept of a Civilian Climate Corps, including 65% of Republicans and 87% of Democrats.3 From rural communities to urban centers, the Civilian Climate Corps will provide new career opportunities across the country. Additionally, the projects completed by the Corps will improve and support the local economies of the communities they are located in,” concluded the Democrats. 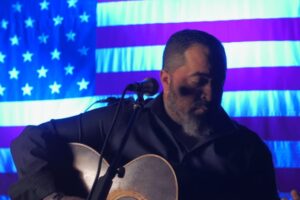