The single has already reached number two in all-genre sales in the country.

Music critic Bob Lefsetz was so outraged by what Lewis sang that he called for the artist to be dropped from his label, Valory Music Co., which is an imprint owned by Big Machine.

“It’s HEINOUS!” Lefsetz wrote. “This middle class, right wing wanker has recorded a song that should have been played at CPAC, in between speeches by nitwits like Lauren Boebert saying to refuse the ‘Fauci ouchie.’”

Lefsetz is known for his cruel streak, even inspiring part of the lyrics for Taylor Swift’s hit song “Mean” after he attacked her and demanded that she “can’t sing.”

The label has produced music for everyone from Taylor Swift and the Florida Georgia Line to Rob Zombie. Big Machine is also the home of liberal singer Sheryl Crow — and released her pro-Kamala Harris song “Woman in the White House.”

Scott Borchetta, Big Machine Label Group founder and president-CEO, has responded to Lefsetz by defending Lewis and his song.

“To just ‘cancel’ (drop) Aaron is ridiculous and I’m disappointed that you would even suggest such a thing,” Borchetta responded late Friday. “Comparing Aaron Lewis to the Ghetto Boys? That’s a reach and a half. You don’t have to agree or acknowledge, but Aaron’s message is speaking to millions of people. Let it be a wake up call to Reps and Dems alike – be loud and be heard!”

Borchetta continued on to explain that it is not his job to tell an artist what they need to sing and write about.

“Firstly, I believe in the First Amendment,” Borchetta continued. “My job has never been to tell my artists what to sing and write about.  My job has always been about identifying unique talent with a unique voice and a unique point of view.”

“Aaron Lewis and I have political disagreements.  But there are also things we agree on.  I think that’s the foundation for the idea of our country.  It doesn’t work if we’re so divided that we can’t reach across the aisle, have a conversation or an argument, and ultimately, shake hands.  If we can’t do that, and this moment is so divisive, we may never get our country back,” the record label bigwig concluded.

Variety reports that “in a follow-up email to his subscribers, Lefsetz reprinted a flood of letters that came in from music industry readers, most — though not all — of which dismissed Borchetta’s response and supported Lefsetz’s original slam. Several took issue with Borchetta implying that the First Amendment is tied to his actions as a business leader.”

The song is scheduled to be released for country radio on July 26. 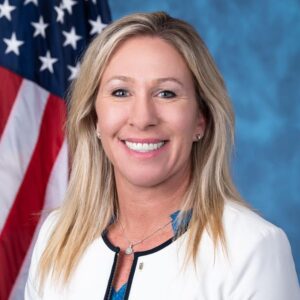