The Georgia Representative’s first offending post was in reply to U.S.Rep Thomas Massey, who posted about resistance to compulsory COVID-19 vaccines among military members.

The controversial #COVID19 vaccines should not be forced on our military for a virus that is not dangerous for non-obese people and those under 65.

With 6,000 vax related deaths and many concerning side effects reported, the vax should be a choice not a mandate for everyone. https://t.co/JhYg3acrrK

The second flagged tweet was a response to Dr. David Samadi, who said 47% of the UK’s new coronavirus cases are among vaccinated people. Greene said “We should invest in health, not human experimentation.”

This is why no entity should force NON-FDA approved vaccines or masks.

Instead help people protect their health by defeating obesity, which will protect them from covid complications & death, and many other health problems.

We should invest in health, not human experimentation. https://t.co/I4zHqwabhi

“Twitter suspended Green’s account on Monday and said the block would be lifted Tuesday. The site left the posts in question online, but tagged them as containing misinformation about the disease and vaccines and gave a link for information from health officials,” reports Newsmax.

This type of ban is part of the tiered system of punishment Twitter imposes on users who violate the company’s speech and conduct regulation. After two or three ‘strikes,’ a user can be banned for 12-hours. Users receive a seven-day suspension after four strikes. A fifth violation usually results in a permanent ban.

Greene’s ban this week follows a brief suspension in April. However, “the company later rescinded the ban, saying it was a mistake caused by its automated moderation system,” says the BBC. Greene did not believe the tech company and accused them of lying.

In regards to her most recent ban, the Congresswoman told The New York Times, “These Big Tech companies are doing the bidding of the Biden regime to restrict our voices and prevent the spread of any message that isn’t state-approved.”

On July 19, President Joe Biden told reporters at the White House that the misinformation on social media is “killing people.” He also said, “The only pandemic we have is among the unvaccinated.”

House Press Secretary Jen Psaki seconded the President’s sentiments. She said on the same day that Facebook and other platforms were not doing enough to combat misinformation about vaccines.

Twitter has banned users for allegedly sharing misinformation for months. In March, the company introduced its COVID-19 Misleading Information Policy which stated that “content that is demonstrably false or misleading and may lead to a significant risk of harm (such as increased exposure to the virus, or adverse effects on public health systems) may not be shared on Twitter.” 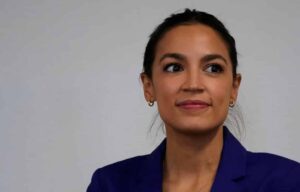