The mayor of New York City has claimed the Democratic governor of Colorado plans to send illegal immigrants to his city.

Governor Jared Polis would be the first of his party to join Republican-led border states that have been bussing illegal migrants to major cities across America.

“We were notified yesterday that the governor of Colorado is now stating that they are going to be sending migrants to places like New York and Chicago,” said Adams during a radio interview, per Politico. “This is just unfair for local governments to have to take on this national obligation.”

Texas Governor Greg Abbott, Arizona Governor Doug Ducey, and Florida Governor Ron DeSantis all relocated migrants to other states during 2022. The state leaders have been publicly critical of the Biden administration and what they regard as a lack of action amid a crisis at the nation’s southern border. The governors have also criticized so-called sanctuary cities in the northern parts of the nation which they say promote ineffective border policy while not bearing the consequence of the influx of illegal migration. More than 2 million people attempted to illegally enter the United States in 2022.

“Texas is doing whatever it takes to provide relief to our overwhelmed border communities,” Abbott said on Nov. 21 after roughly 100 illegal immigrants arrived by bus in Philadelphia. The Texas governor had already bused an estimated 8,400 migrants to Washington DC, more than 3,800 to New York City, and about 1,200 to Chicago.

DeSantis was sued by both the Southern Poverty Law Center and the Lawyers for Civil Rights for flying illegal migrants to Martha’s Vineyard in September. The 50 immigrants were removed from the island by local officials and temporarily housed at a military base on Cape Cod.

According to Adams, about 30,000 people seeking asylum have arrived in New York since the spring of 2022. Adams declared a state of emergency over the influx of migrants in October which he said was on track to cost the city $1 billion.

“New Yorkers are angry,” Adams said at the time, per BBC. “I am angry too. We have not asked for this. There was never any agreement to take on the job of supporting thousands of asylum seekers.”

“The city is going to run out of funding for other priorities,” he said. “New York City is doing all we can, but we are reaching the outer limit of our ability to help.”

The mayor requested support from the federal government. The Biden Administration did not respond to Adams’s request immediately. However, The New York Daily News reports the city will receive a “substantial share” of the $800 million earmarked for the Federal Emergency Management Agency in the federal budget bill to provide aid to migrants. 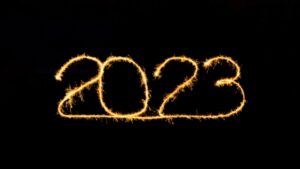