Democrats Are More Hopeful About 2023 Than Republicans

Americans are starting 2023 with a pessimistic outlook as new survey data show that majorities have negative predictions for the year about economic, political, and international affairs.

The survey from Gallup shows that 90 percent of U.S. adults see 2023 as a year that will be full of political conflict rather than political cooperation. Internationally, a similar number (85 percent) forecasts a troubled year with international tensions and disputes.

“When offered opposing outcomes on each issue, about eight in 10 U.S. adults think 2023 will be a year of economic difficulty with higher rather than lower taxes and a growing rather than shrinking budget deficit,” according to Gallup. “More than six in 10 think prices will rise at a high rate and the stock market will fall in the year ahead, both of which happened in 2022. In addition, just over half of Americans predict that unemployment will increase in 2023, an economic problem the U.S. was spared in 2022.”

Party affiliation is a huge differentiator in predictions for the year, with Democrats more optimistic than Republicans about all three dimensions. According to Gallup, “This is a typical phenomenon whereby Americans who identify with the sitting president’s party are more positive in general in their outlook for the year ahead.”

Democrats are hopeful about increasing employment, a reasonable rise in prices, a stock market surge, an increase in U.S. power, and a decline in Russia’s power. “Aside from the 36 percent of Republicans who expect few labor union strikes in the year ahead, no more than 23 percent of Republicans expect a positive outcome” for any of the other 11 topics. 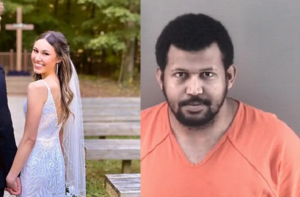