Maryland To Give Pregnant Illegal Immigrants Access to Medicaid

Lawmakers have argued the expansion would prevent infant health issues

Women who are pregnant or have recently given birth but are not legal citizens of the United States will soon be eligible for Medicaid in Maryland.

“This legislation is very important because we have seen in the state that there have been close to 6,000 pregnant immigrants who have not had prenatal care due to not having health insurance,” state delegate Joseline Peña-Melnyk, the bill’s lead sponsor in the House of Delegates, said during an interview. “On many occasions, they have had complications during pregnancy or delivery.”

“Pregnancy requires prenatal and postnatal care of the woman to prevent other more serious problems,” she said. “How is it possible that many of our immigrants do not visit a doctor until they are 8 months pregnant and close to giving birth?”

Currently, Medicaid is available to citizens and legal permanent residents who have held their residency status for five years.

The government program provides undocumented immigrants and “lawfully present immigrants who remain ineligible” only emergency services, including labor and delivery.

After the new law goes into effect in July, prenatal and postpartum care for undocumented immigrants will be covered under the program.

Lawmakers who supported the bill argued it would ultimately save the state money – both by reducing health issues among infants and pregnancy complications and because the measure would require the state government to apply for additional federal aid. Under the expansion, Maryland would request the federal government cover 65%, rather than 50%, of the costs.

“Right now, undocumented immigrants, despite paying billions in dollars in federal and state taxes and contributing deeply to every facet of society, are ineligible for healthcare through Medicaid,” CASA said in a statement regarding the law. “Every person deserves access to this lifesaving and critical care regardless of their immigration status.”

According to the National Immigration Law Center, “health care providers have no affirmative legal obligation to inquire into or report to federal immigration authorities about a patient’s immigration status.”

Virginia, Texas, and fifteen other states already offer health care coverage to pregnant women who are illegally in the United States through Medicaid or state-run programs, per WTOP News.

The outlet reports that in Maryland in 2021, “more than 5,000 undocumented immigrant women gave birth in the ER, at a cost of $89 million, about 50% covered by federal funds.”

Expanding Medicaid to provide prenatal and postpartum care to undocumented residents is expected to increase state spending by $14.8 million. 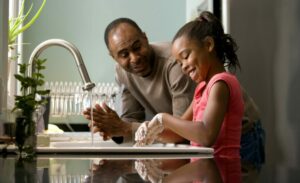